Which Married at First Sight Couples Are Still Together? 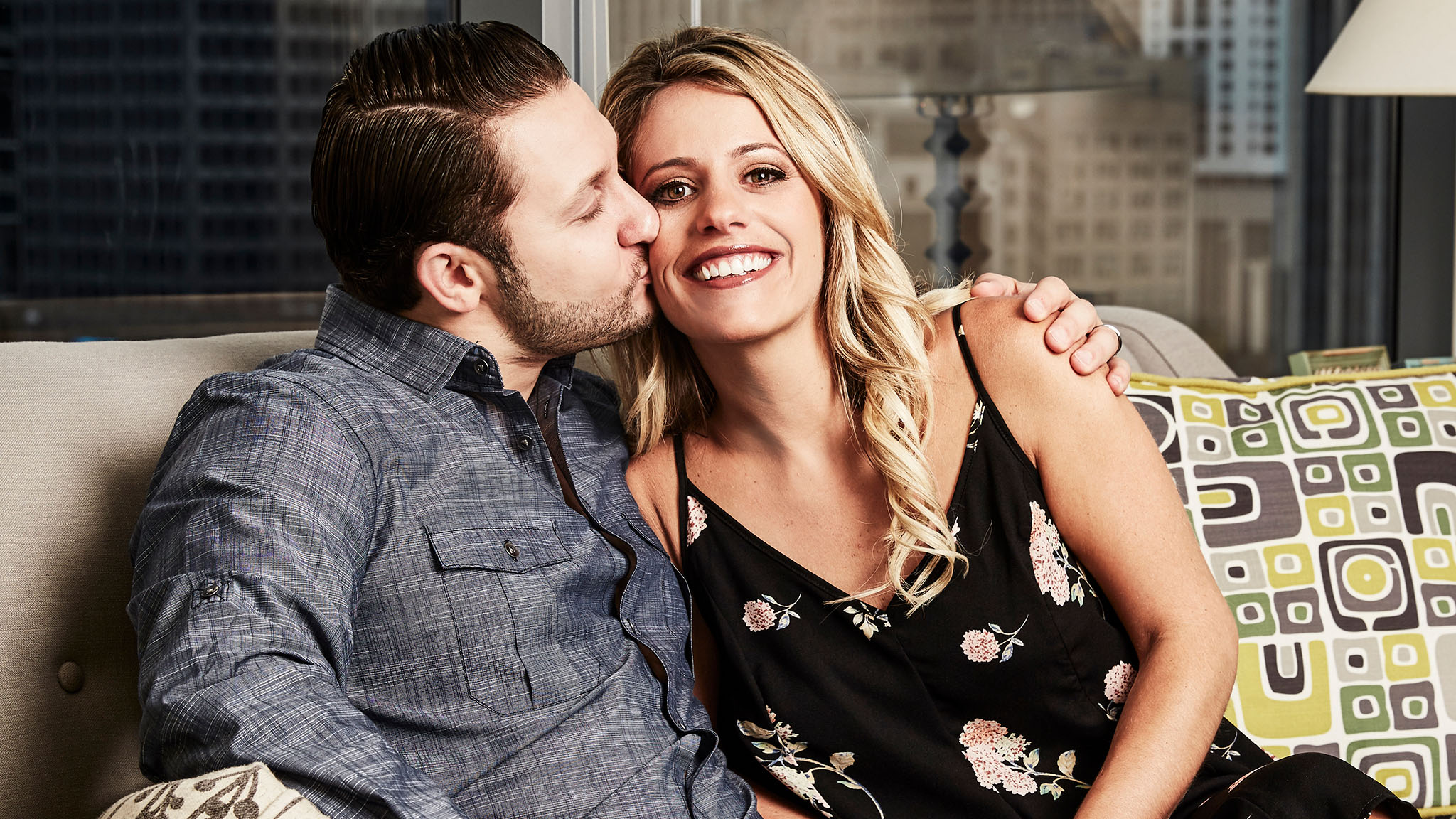 As fans know, Married at First Sight features total strangers who enter into a legally binding marriage—but know nothing about each other before they meet for the first time when they exchange vows.

While several of the couples don’t see a spark past the honeymoon, a handful have defied the odds—and the skeptics—by staying together. By the start of Season 10, eight couples had stayed together. Many of the happily married pairs now appear on the Married at First Sight: Couples Couch episodes, where they provide commentary while watching the current episodes unfold.

Here are the eight couples who are in it for the long haul. And you can watch these episodes right now, and every episode from Seasons 1 through 9, without signing in by going online or in the Lifetime app. 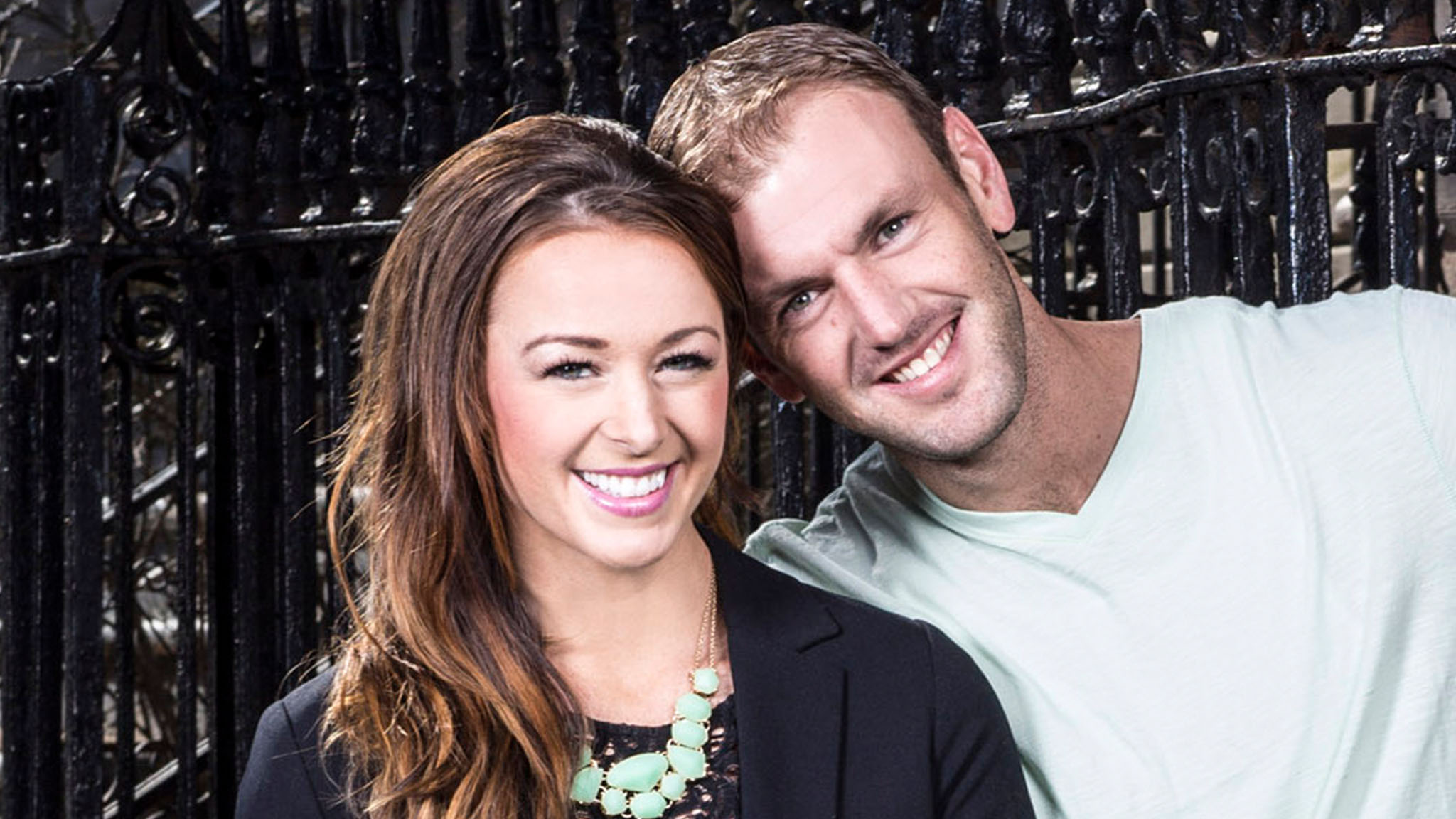 The series had a success story with Jamie and Doug right out of the gate, although it looked a bit shaky at first. As the only Season 1 pair still together, they’re the show's longest-lasting couple.

Many viewers were especially compelled by Jamie's journey. Her post-ceremony freak-out—where she sobbed in the hall in her wedding dress—seemed raw and authentic. Soon after, viewers also learned that she had struggled in her family life—she had raised her younger siblings after gaining legal custody of them and was mostly estranged from her mother.

Once Jamie got over her initial anxiety, the two really seemed to click. Doug seemed to have a calming influence on Jamie and offered the stable family foundation she needed. Things got much better for Jamie after she and Doug found their rhythm as a married couple. They starred in a spinoff TV show, Married at First Sight: Jamie and Doug Plus One, which focused on the impending arrival of their baby daughter, Henley. Although Jamie and Doug have been open about their struggles with pregnancy in the past, they announced in the fall of 2019 that they’re expecting a baby in the spring. 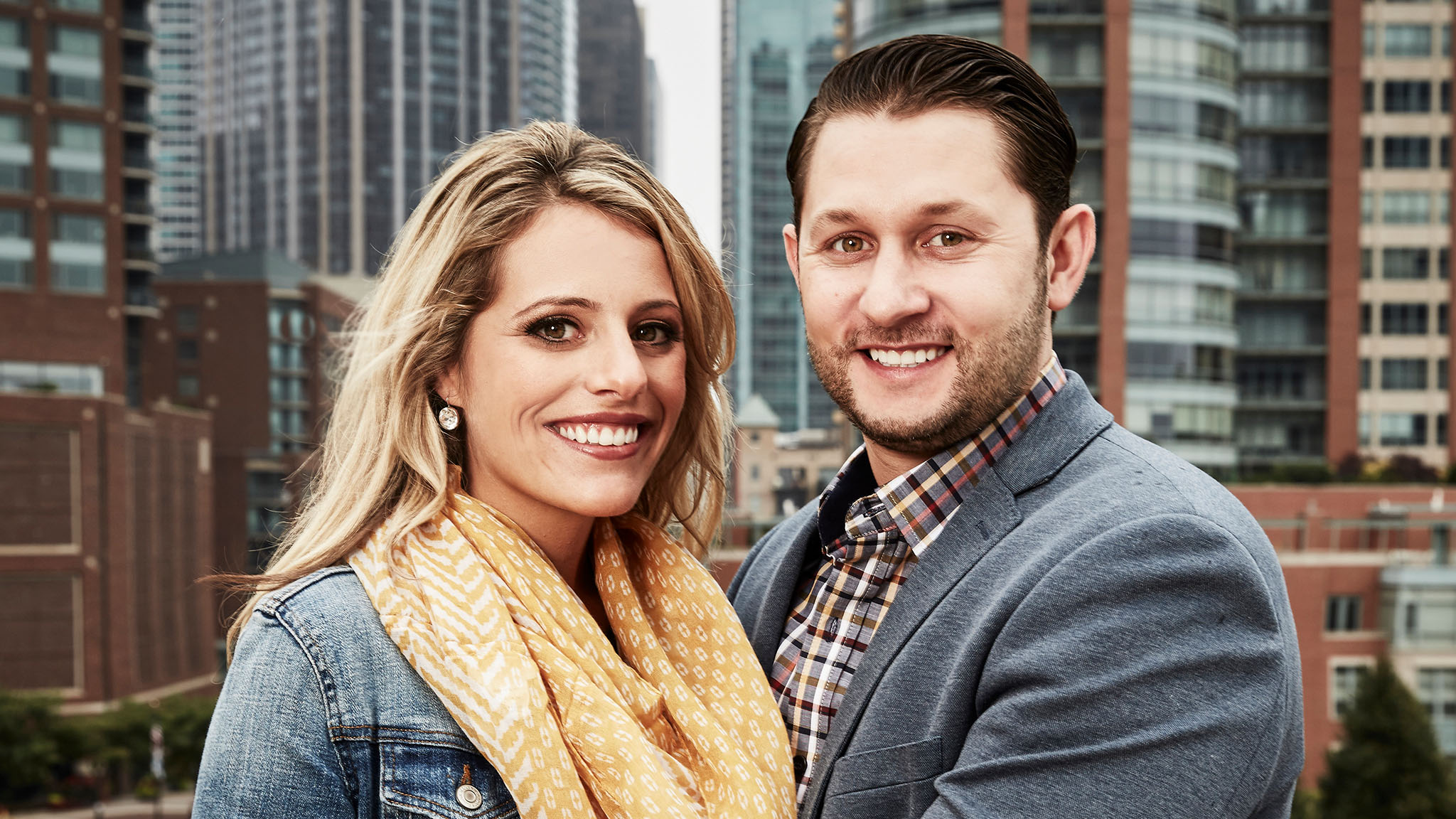 Jamie and Doug set the bar pretty high in Season 1 and proved to be a tough act for couples in the next few seasons to follow. It wasn’t until Season 5 when another pair of newlyweds—Anthony and Ashley—stuck it out after meeting and marrying at the altar. While there has never been a 100-percent match on MAFS, these two seemed to epitomize "love at first sight." Sparks flew from the first moment they saw each other.

The two did have some spats after the honeymoon, though, with most of the tensions focused around their search for an apartment. One memorable moment was when Anthony was excited about what he felt was the perfect home for the two of them, but Ashley ruled it out because it lacked a designated parking space.

The pair also starred in the follow-up series, Married at First Sight: Happily Ever After? They welcomed a baby daughter, Mila Rose, in January 2019. And judging by the gushing, romantic posts they each shared on social media on their third wedding anniversary in August 2019, they still seemed to be in love and happier than ever. 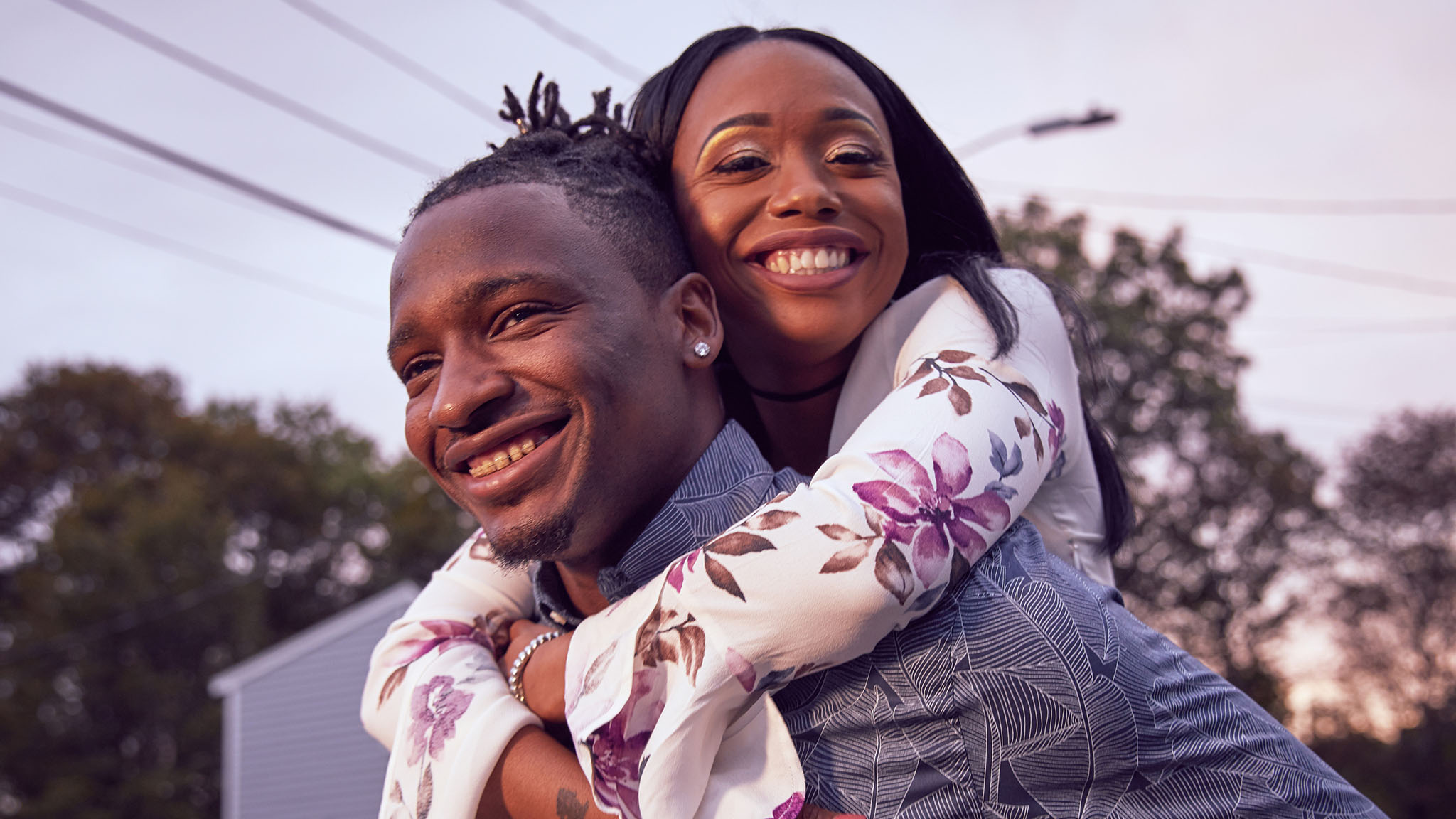 Whatever the opposite of love at first sight is, Jephte and Shawniece experienced it. Unlike Anthony and Ashley, this pair did not feel sparks during the wedding. Despite later saying that they found one another attractive, they didn't exactly click at the altar. In fact, Jephte even revealed he had a brief moment of panic when, after arriving at the wedding, he first spotted Shawniece's mother and mistakenly assumed she was his soon-to-be bride. And when Shawniece gave her new husband a sexy lap dance in front of his mother at the wedding reception, both Jephte and his mom became incredibly uncomfortable. They had numerous disagreements over the course of the season, including one memorable clash in a cornfield maze.

The couple revealed Shawniece was pregnant shortly before their season finale aired, and they welcomed a daughter, Laura, in August 2018. They did separate after the end of the experiment, but never divorced, opting to reconcile despite having unresolved issues to iron out. They joined Ashley and Anthony as part of Married at First Sight: Happily Ever After?, in which they—and their baby—went back to revisit the site of their wedding and relive some of their ups and downs since that day. Shawniece tearfully admitted that all she's wanted since she was a little girl was to be married and become a mother, and they both seemed sincerely motivated to give their marriage their best effort. 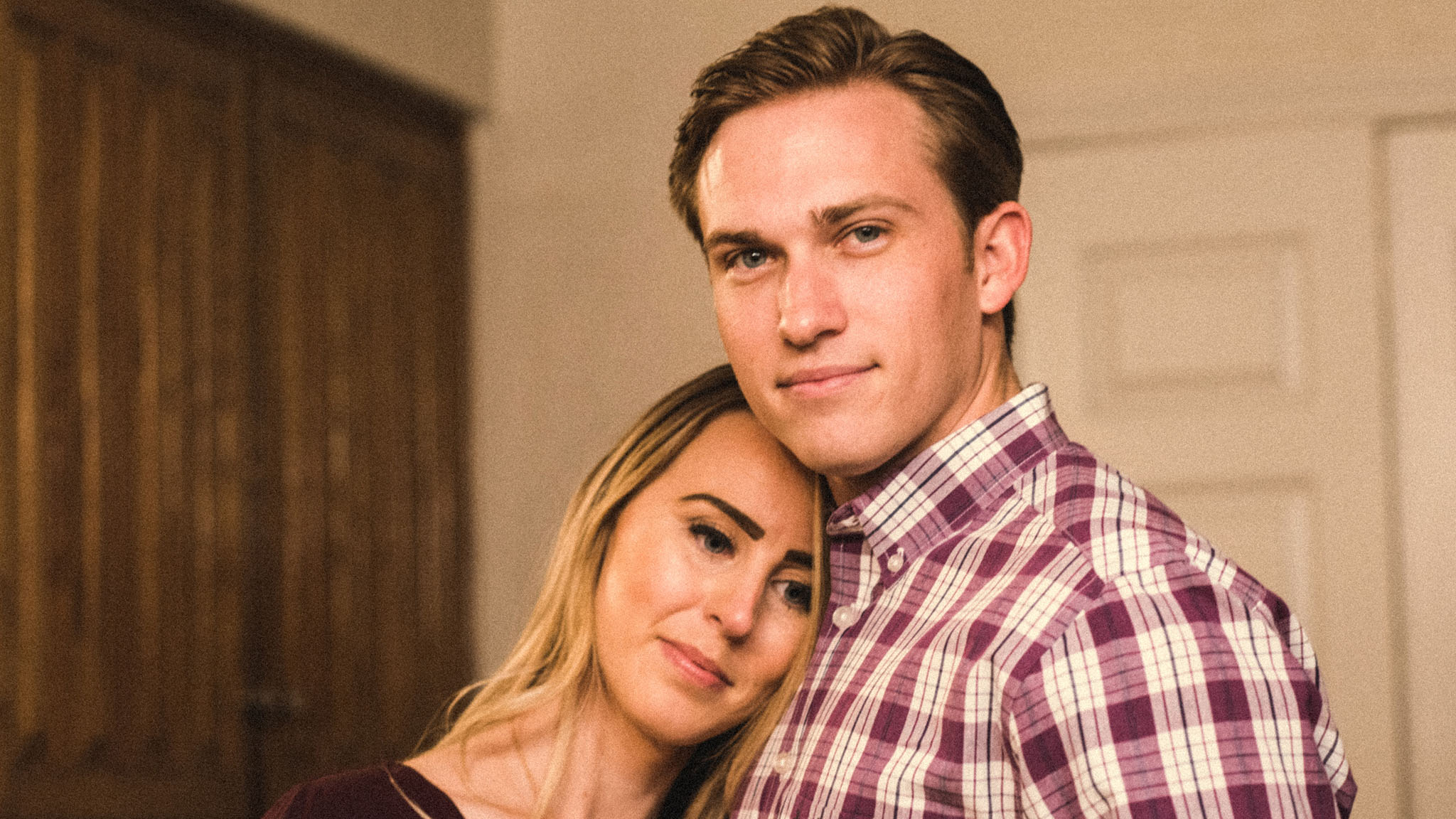 Perhaps the least surprising entry on this list, Danielle and Bobby are most memorable for, well, their lack of memorable drama or conflict. They weren't shown having a single fight during their season. They were so harmonious that some viewers were skeptical, speculating on social media that one or both of them were being a little too accommodating, perhaps just trying to avoid any embarrassing moments on camera. Even some of the show's experts expressed concern that Bobby seemed to resist standing up for himself and would often give in to avoid conflict.

The fact that they decided to stay together on Decision Day was no shock. Danielle was in for a surprise, though, when Bobby got down on one knee, offering the proposal Danielle hadn't gotten before their wedding.

The couple did have what was apparently their first on-air fight during their stint on Married at First Sight: Happily Ever After?, when they butted heads over money—in particular, the amount she was spending to get her dog's teeth cleaned.

The couple announced they were expecting during a reunion show and welcomed a baby daughter, Olivia, in February 2019. They later revealed that Danielle had some medical complications late in her pregnancy, which made the labor and birth a harrowing experience.

Quintessential Episode: All Roads Lead to This (Season 7, Episode 16) 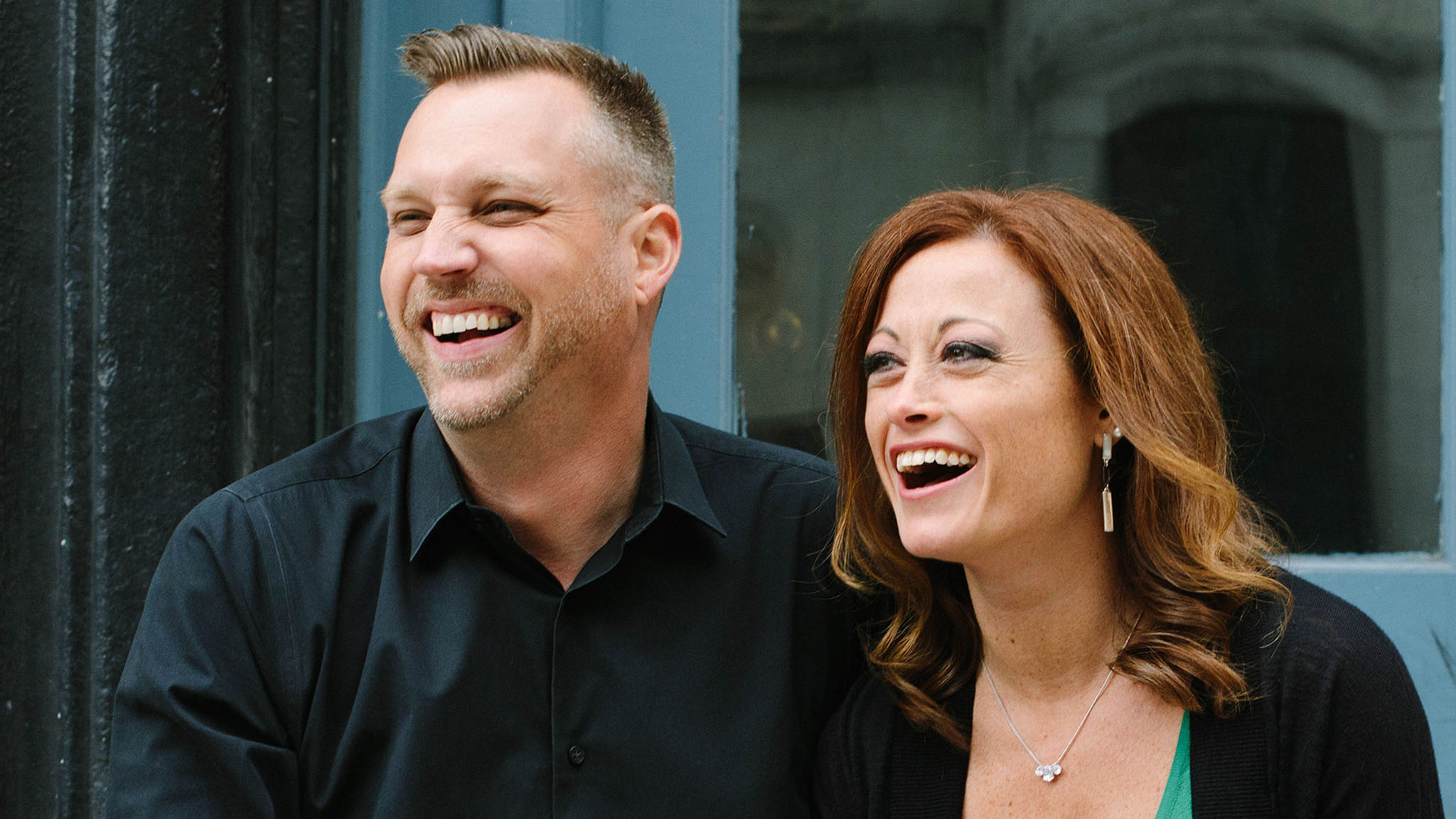 Stephanie and AJ had obvious chemistry from the start, with a physical connection that some of their fellow castmates seemed to struggle to emulate. But they also had their share of conflict following their initial attraction. By his own admission, AJ has a strong personality, and can be adamant and forceful in asserting his opinions. An only child, AJ had been accustomed to thinking only of himself, and not having to accommodate anyone else when making decisions. Stephanie also expressed concern about his "short fuse."

Getting settled into life as a newly married couple in front of the cameras only seemed to add to the stress. AJ often seemed less at ease in front of the cameras than his wife, and admitted to being uncomfortable showing affection with an audience watching. Stephanie, meanwhile, often served as the calming presence and voice of reason. In one memorable scene, AJ snaps at a producer who reminds the couple about their homework assignment while they are relaxing in a hammock. Stephanie started crying—what she called “tears of frustration”—but said she felt it was a valuable learning experience that taught her how to handle situations when AJ gets upset.

Things seemed to go more smoothly for this couple once the cameras stopped filming. Since being off-camera, they spend a lot of time travelling around the world, as evidenced by the exotic locations that serve as the backdrop for many of their social media posts.

Quintessential Episode: 'Til Mud Do Us Part (Season 8, Episode 4) 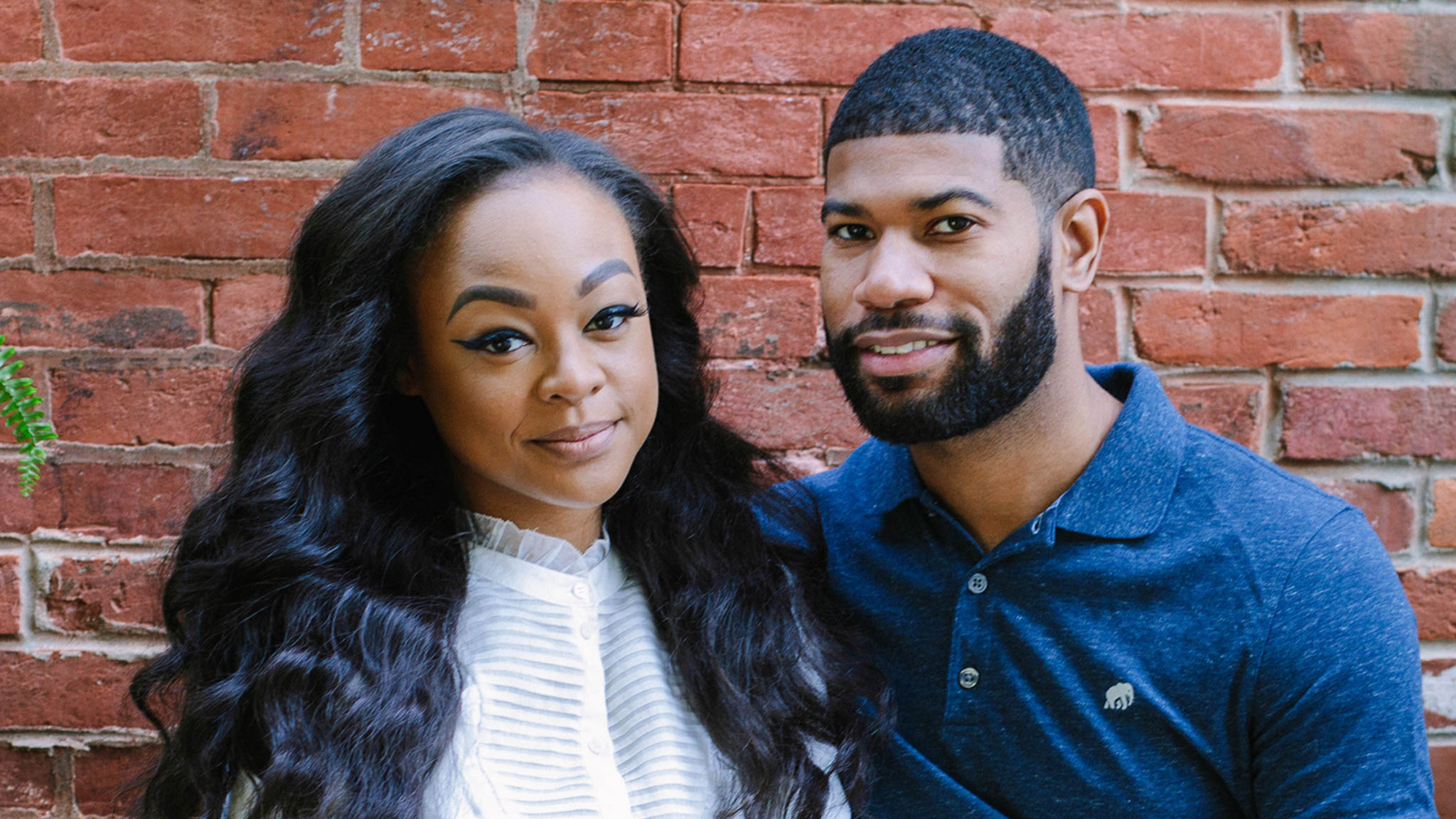 They say rain on your wedding day is good luck, which rang true for Season 8’s Kristine and Keith. Not only did Kristine walk down the aisle under an umbrella, she also struggled with a wardrobe mishap as her garter slid down her leg. Despite the rain's rumored lucky powers, many viewers probably wouldn't have given this pair very good odds to go the distance. They had an initial attraction, but the honeymoon phase didn't last long for this couple. Soon after the wedding, they revealed very different views on a number of key areas, from household responsibilities to the timeline on starting a family.

While Keith was eager to start expanding their family right away, Kristine wanted to focus on her career and wait at least a few years before thinking about having children. Towards the end of the season, they have an emotional breakthrough when Keith opens up about feeling abandoned by his father as a child. When the couple is supposed to meet Keith's father for dinner and he's a no-show, it proves to be a powerful bonding experience for the pair.

They gradually worked their way through their differences, managing to compromise and meet somewhere in the middle on most issues. However, some of their biggest challenges involved money management, as they struggled with combining their finances and learning how to budget as a couple. They made their first big purchase when they bought a fixer-upper together.

Quintessential Episode: One Month Down, Forever to Go? (Season 8, Episode 9) 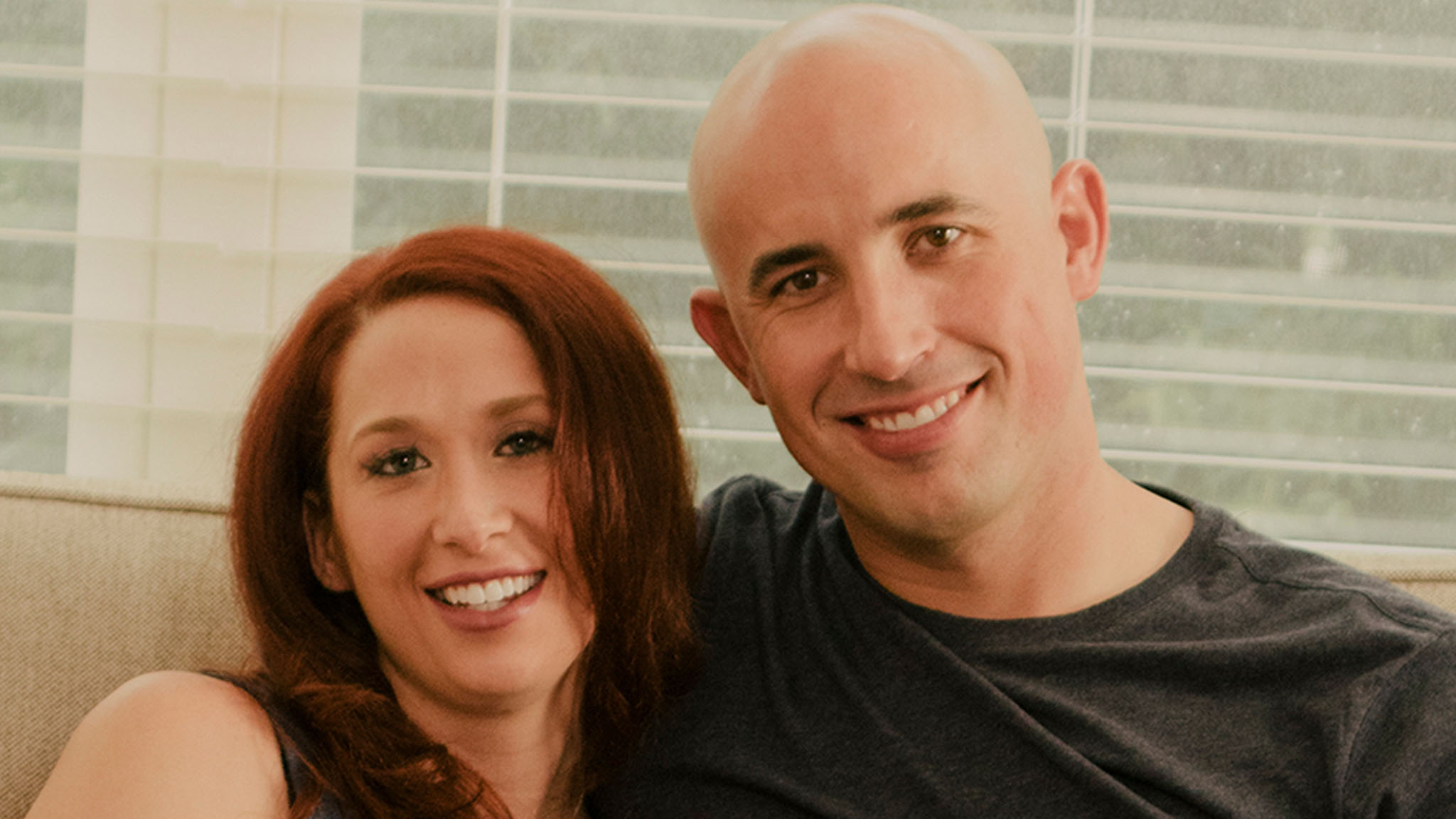 One of the more surprising entries on this list are Beth and Jamie from Season 9. They were one of those couples that many fans bet against from the start. The couple’s several fiery clashes led quite a few observers to believe it would be better for each of them if they went their separate ways. At one point towards the end of the season, one of the show's experts had to make an emergency house call to help mediate a particularly heated argument.

During the reunion show, they mentioned having gone through a brief breakup, but seemed to have gotten past that and looked happy. They also seemed surprisingly demure and quiet, in contrast to the often high-strung and occasional explosive personalities they displayed during the season. At some point, though, it almost seemed like they were being a bit too quiet, perhaps trying not to reveal tensions simmering under the surface. At one point, Beth even seemed to grow impatient with the host and declined to answer questions.

Once the couple had some time away from the spotlight, their relationship seemed to improve. In September, the couple said their "crazy fights are nonexistent" and they are learning to communicate better.

Quintessential Episode: Secrets of the Past (Season 9, Episode 11) 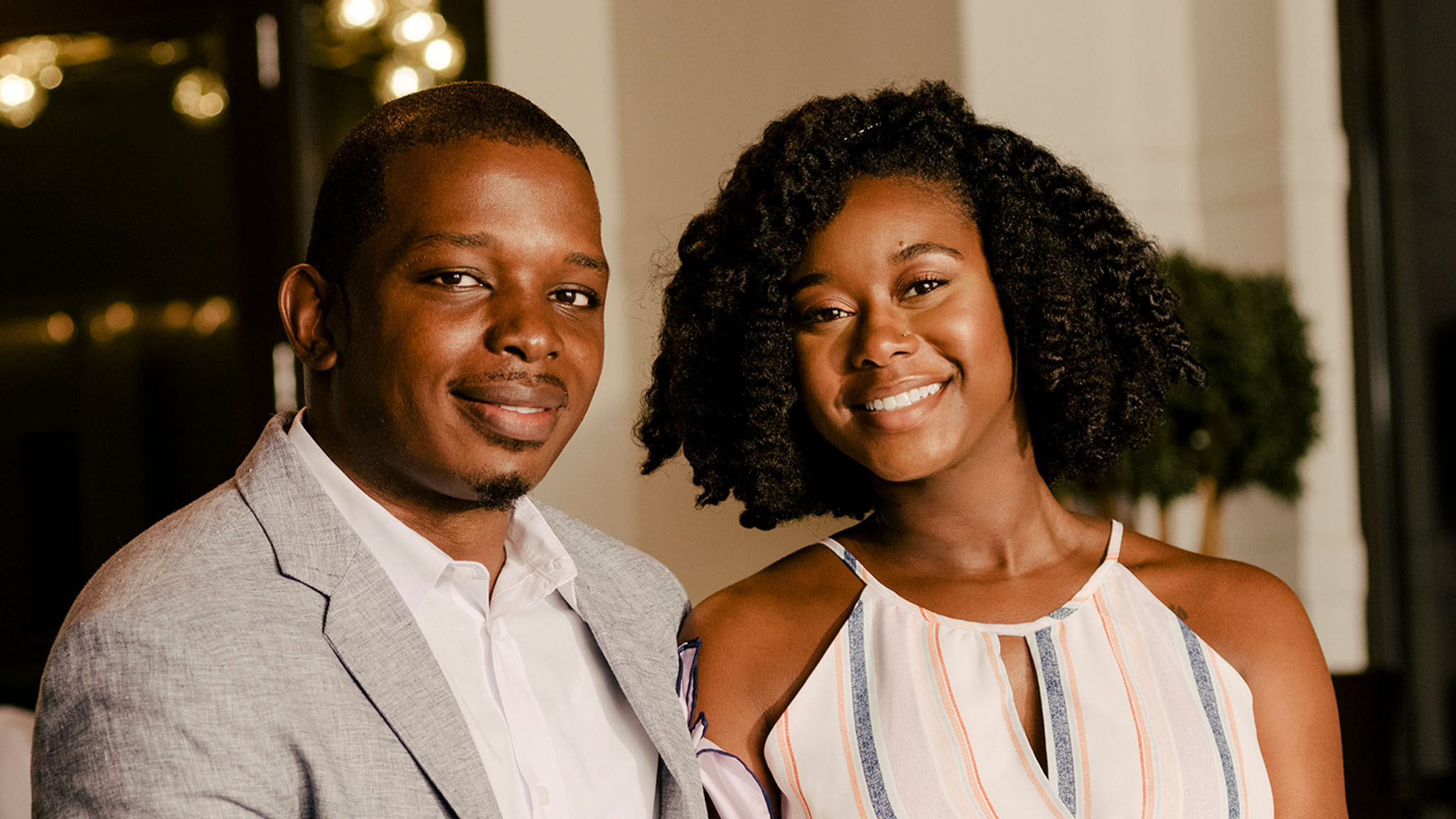 For many of the MAFS couples, communication is a challenge. It's often the husbands who have trouble expressing their feelings or opening up, especially with cameras rolling. With Deonna and Gregory, it was Deonna who often seemed tight-lipped. Greg said that he considered himself a good communicator, so he found it frustrating that Deonna was slow to let her guard down. It had been almost a decade since her last long-term relationship, so Deonna needed time to become comfortable trusting someone enough to let herself be vulnerable and open. It didn't help that she was a career-focused, independent woman who was accustomed to taking care of herself—and living by herself.

Greg's patience eventually paid off, and the couple began to form a strong connection. They announced on Decision Day that they were growing more in love as time went on and wanted to stay married.

In January, Deonna posted a picture on her Instagram page of her sister's new baby. In response to someone who asked if she and Greg had "baby fever" yet, Deonna replied that they "still have some time before we get there."

Watch quintessential episodes featuring all of the Married at First Sight couples who are still together here. Episodes are available with no sign in required.

By submitting your information, you agree to receive emails from Lifetime and A+E Networks. You can opt out at any time. More details:
Follow #MarriedAtFirstSight