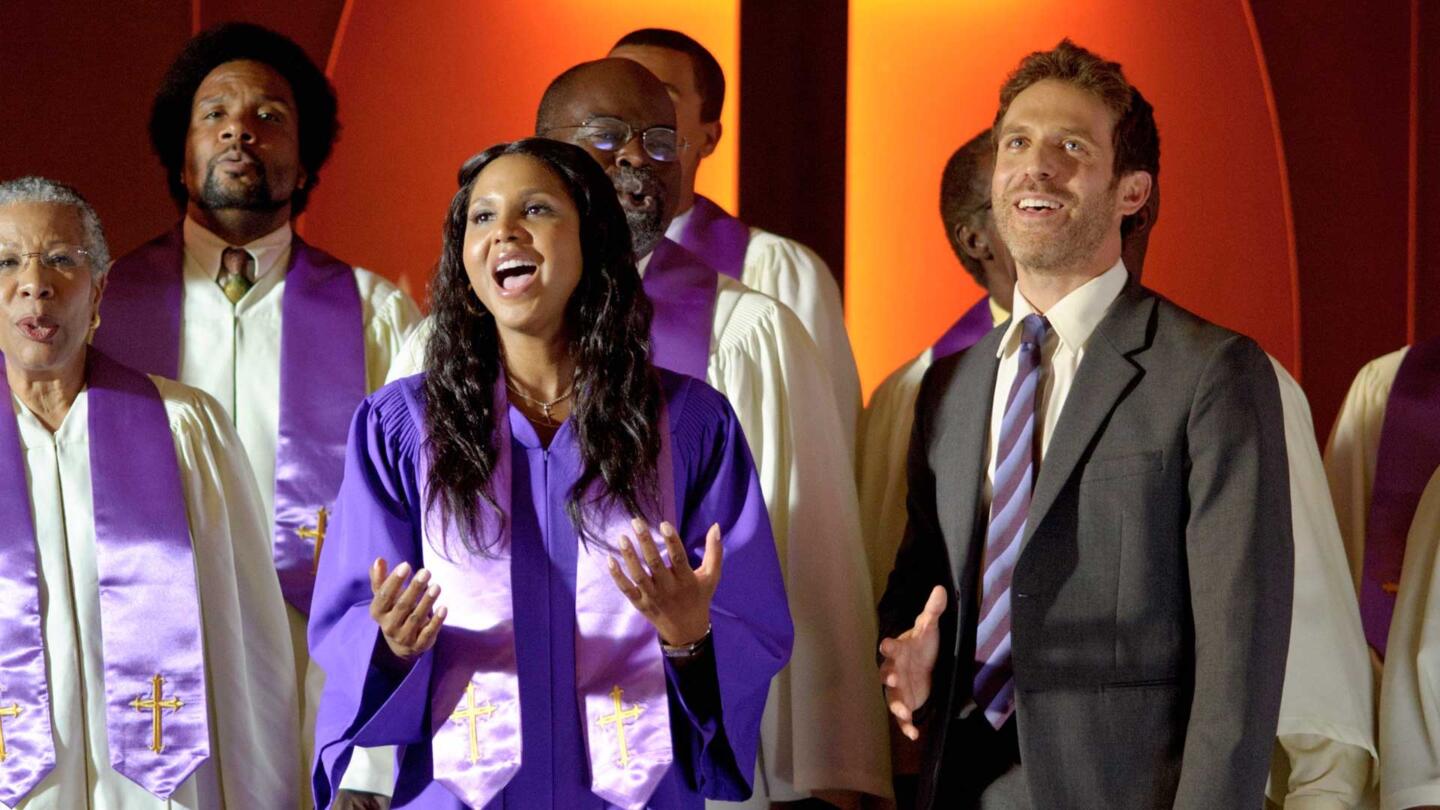 Jacob Fisher (David Julian Hirsh), an Orthodox Jewish Cantor and amateur songwriter who resides in Brooklyn, New York, witnesses the senseless murder of his wife and three children. Catatonic, Jacob walks out on his Jewish mourning ritual, leaving behind his Jewish garments, wallet and keys. Abandoning his identity, he wanders aimlessly, hoping somehow to understand his tragedy. Fortuitously, he lands in Brent, Alabama (population 2,500), where he is embraced by Nina (Toni Braxton), a single mother and the lead singer of a small gospel choir (an unlikely finalist in the competition to determine the best gospel choir in Alabama), her Uncle Moe (Mykelti Williamson) and their gospel community who help his return to life while music brings Nina and Jacob together as they try to make sense of his past and their possible future.