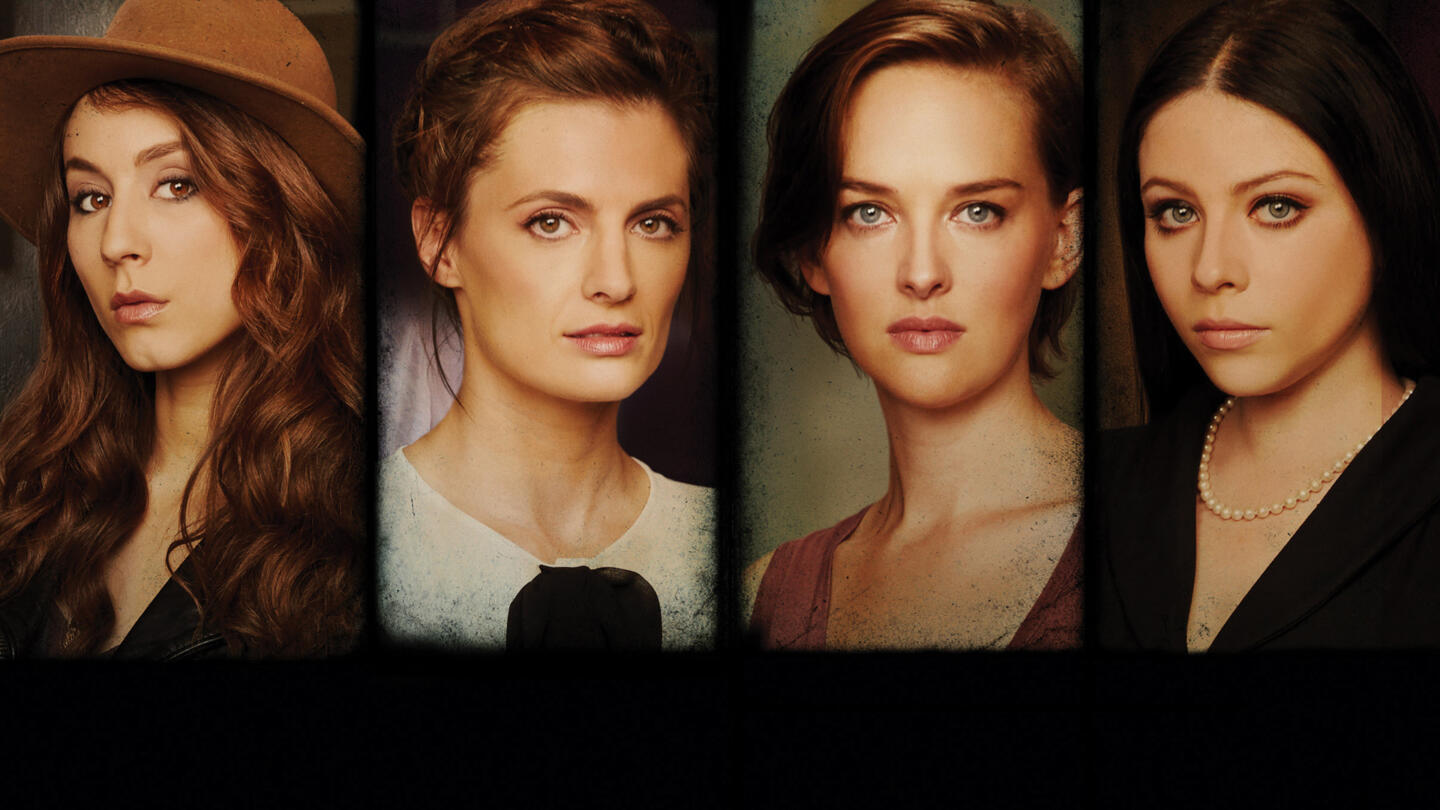 Premieres Sunday at 10/9c on LMN

Mary Baxter (Weaver and Smart, at different ages) led an enviable life, traveling the world as a young dancer.She was blessed with four daughters from four different fathers, each as unique as the cities they are named after: Carolina (Katic), Austin (Weixler), Dallas (Trachtenberg) and Baltimore (Bellisario). After Mary’s death, her daughters reunite in their New England family home to mourn.As the local police investigate the circumstances of Mary’s death, old animosities among the sisters resurface, and a dark secret threatens to tear the family apart. Faced with a horrifying truth, the estranged sisters must choose to either turn their back on the only family they have known, or risk everything to protect one another.

On the heels of a successful sold-out premiere at Michael Moore’s Traverse City Film Festival, Lifetime acquired the worldwide broadcast rights for Sister Cities. From the team behind Return to Zero, the independently produced film by Cannonball Productions, is directed by Sean Hanish, produced by Sean Hanish, Paul Jaconi-Biery, and Eleonore Dailly, and executive produced by Kelly Kahl and Alfred Molina. Colette Freedman wrote the script based upon her play.