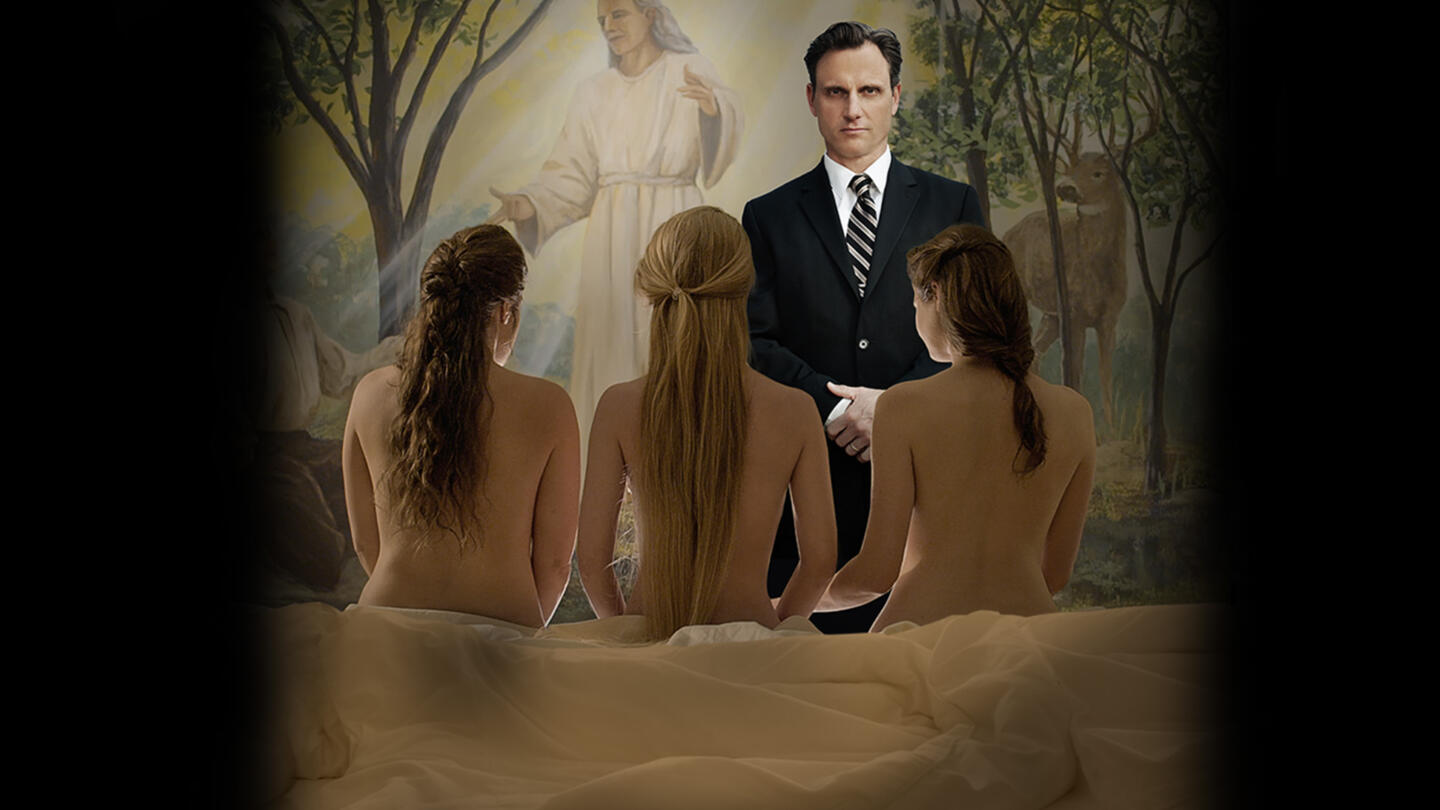 “Outlaw Prophet: Warren Jeffs” is the true story of the fundamentalist Mormon leader who spent more than a year on the FBI’s “10 Most Wanted List” for unlawful flight on charges related to his alleged arrangement of illegal marriages involving underage girls. Based on the book When Men Become Gods by New York Times bestselling author Stephen Singular, the movie chronicles Jeffs’ (Tony Goldwyn) rise to power after the death of his father, Rulon Jeffs (Martin Landau). Within days of his father’s passing, Warren married all of his father’s wives and dictatorial control over his polygamist followers ensued. He demanded women in the sect be completely subservient to men, banned laughing, and “reassigned” wives to other men at whim. Jeffs was eventually charged as an accomplice to rape for arranging underage marriages but fled prosecution. After a year-long manhunt, he was finally apprehended in Texas and brought back to trial. The courtroom testimony of two brave young women who escaped his reign of terror ensured he would finally be convicted and sentenced to life in prison. Outlaw Prophet: Warren Jeffs gives an inside look at the psychology of a cult leader and those who blindly followed him. Even to this day with their leader behind bars, members of his polygamist cult still believe that he is the prophet chosen by God himself.

Immediately following the movie’s world premiere on Saturday, June 28, Lifetime will air the hour-long documentary, “Warren Jeffs: Beyond the Headlines,” at 10pm ET/PT and provide an in-depth look at the cult leader’s rise to power after the death of his father, his ultimate capture by authorities and the trail of destruction he left behind. “Warren Jeffs: Beyond the Headlines” is produced by Peacock Productions.