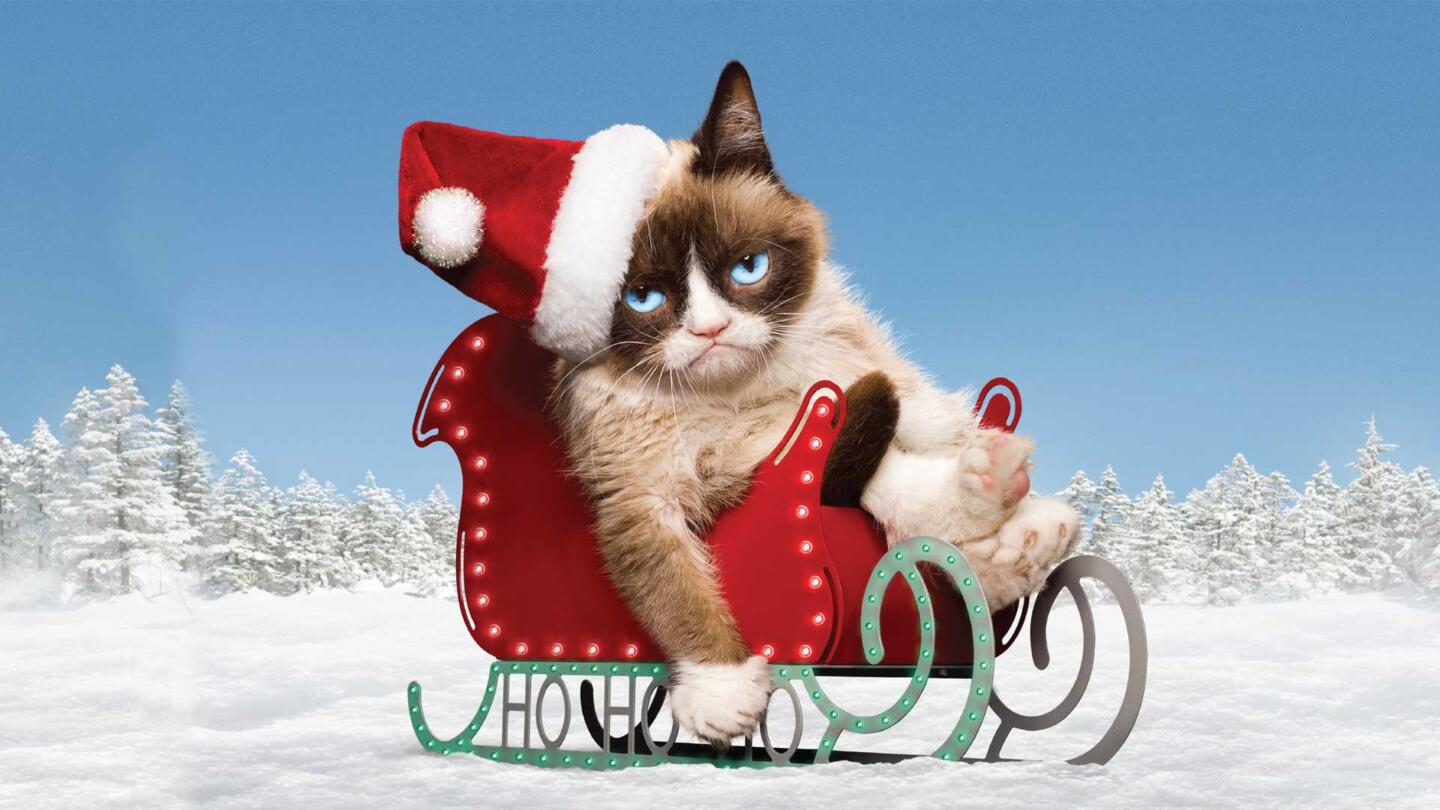 In “Grumpy Cat’s Worst Christmas Ever,” Grumpy Cat is a lonely cat living in a mall pet shop. Because she always gets passed over and never gets chosen by customers, this kitty develops a sour outlook on life until…one day during the holidays, a very special 12-year-old girl named Chyrstal enters the pet store and falls in love with Grumpy Cat. A unique friendship is formed between the two when Chyrstal finds she is the only person who can hear this unique feline talk. In the middle of the holiday rush, Grumpy reluctantly thwarts the kidnapping of an expensive exotic dog she can’t stand and rescues Chyrstal after the mall closes on Christmas Eve. Will Grumpy Cat learn the true meaning of Christmas, or will it be in Grumpy’s words, “Worst. Christmas. Ever?”

In the last year and a half, Grumpy Cat, whose real name is Tardar Sauce, has arguably become the most famous cat of all time. The adorable Internet celebrity was named the most influential cat by MSNBC, most important cat by Mashable and Buzzfeed, and has appeared in news and television shows around the world. She is the author of A Grumpy Book, currently in print in 14 languages, and has a second book coming out this August. Grumpy Cat has numerous merchandising deals and is Friskies official ‘Spokescat.’