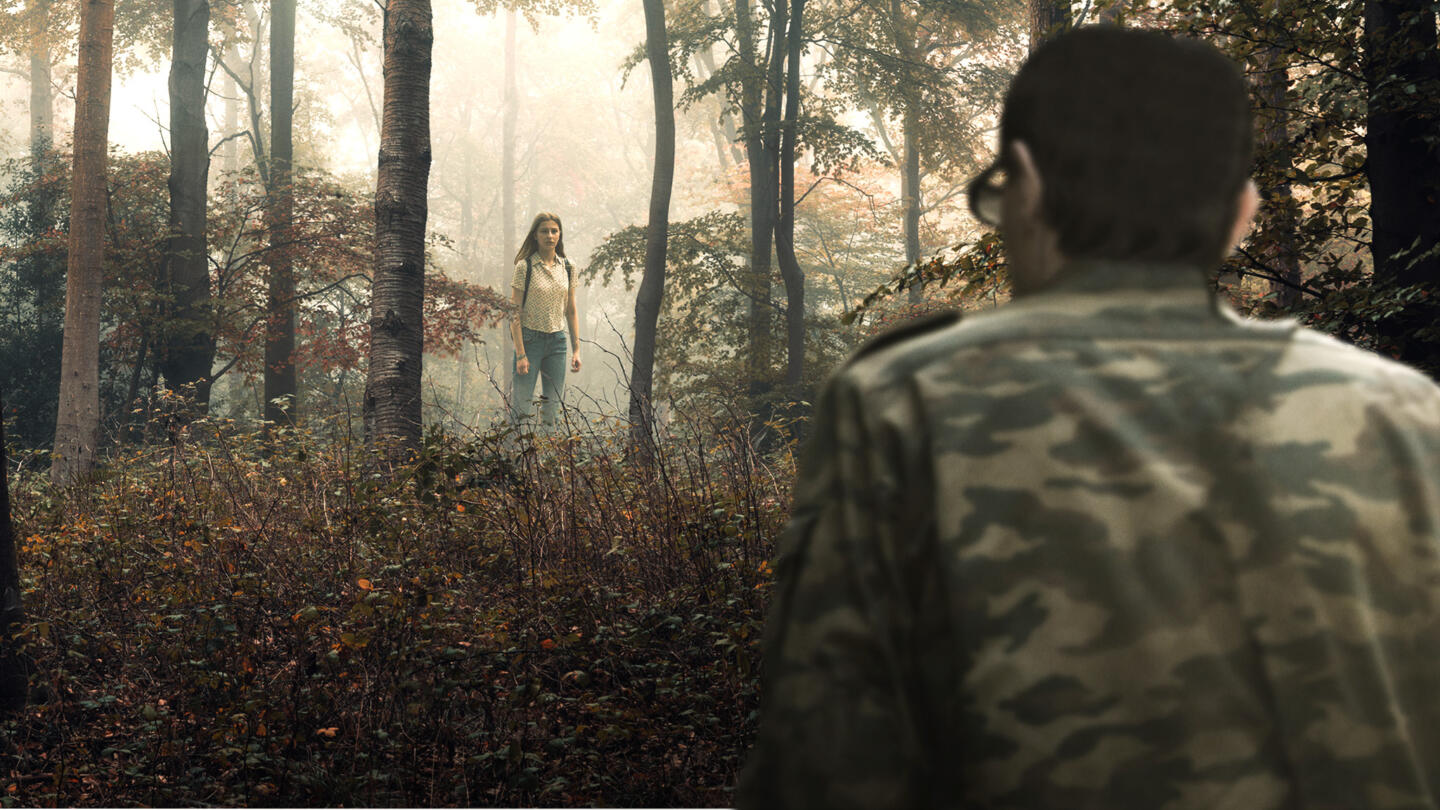 Girl in the Bunker

Following last year’s harrowing true story, “Girl in the Box” that reached over two million viewers, Lifetime presents the disturbing new original movie “Girl in the Bunker,” based on the true story of Elizabeth Shoaf who was abducted and held captive in a hidden underground bunker. The dark, psychological drama stars Henry Thomas (“E.T.”), Julia Lalonde (“Anne of Green Gables”) and Moira Kelly (“One Tree Hill”) and is set to debut Memorial Day, Monday, May 28 at 8pm ET/PT.

While walking home from the school bus stop, a man dressed as sheriff’s deputy handcuffs Elizabeth (Lalonde) for marijuana possession and marches her deep into the woods against her protests and places her in an underground bunker. Elizabeth’s sudden disappearance sparks a massive police search with hundreds of volunteers and officers fanning through miles of dense woodland while helicopters circled overhead. At the mercy of a dangerous and psychologically unhinged captor, Vinson Filyaw (Thomas), a fugitive sexual predator, Elizabeth realizes that in order to survive, she must take matters into her own hands and gradually begins to win his trust as she plots her escape. Kelly portrays Elizabeth’s mother Madeline.

Immediately following the premiere of the film, the docu-special “Elizabeth Shoaf: The Girl in a Bunker,” which recounts the terrifying true story in Elizabeth Shoaf’s own words, will air at 10pm ET/PT. Featuring news footage and interviews with first-hand accounts from Shoaf, her parents and police officials, the special takes viewers through Shoaf’s journey to a new beginning.

Elizabeth Shoaf Was Kidnapped and Assaulted Inside a Bunker for 10 Days
By submitting your information, you agree to receive emails from Lifetime and A+E Networks. You can opt out at any time. You must be 16 years or older and a resident of the United States. More details: