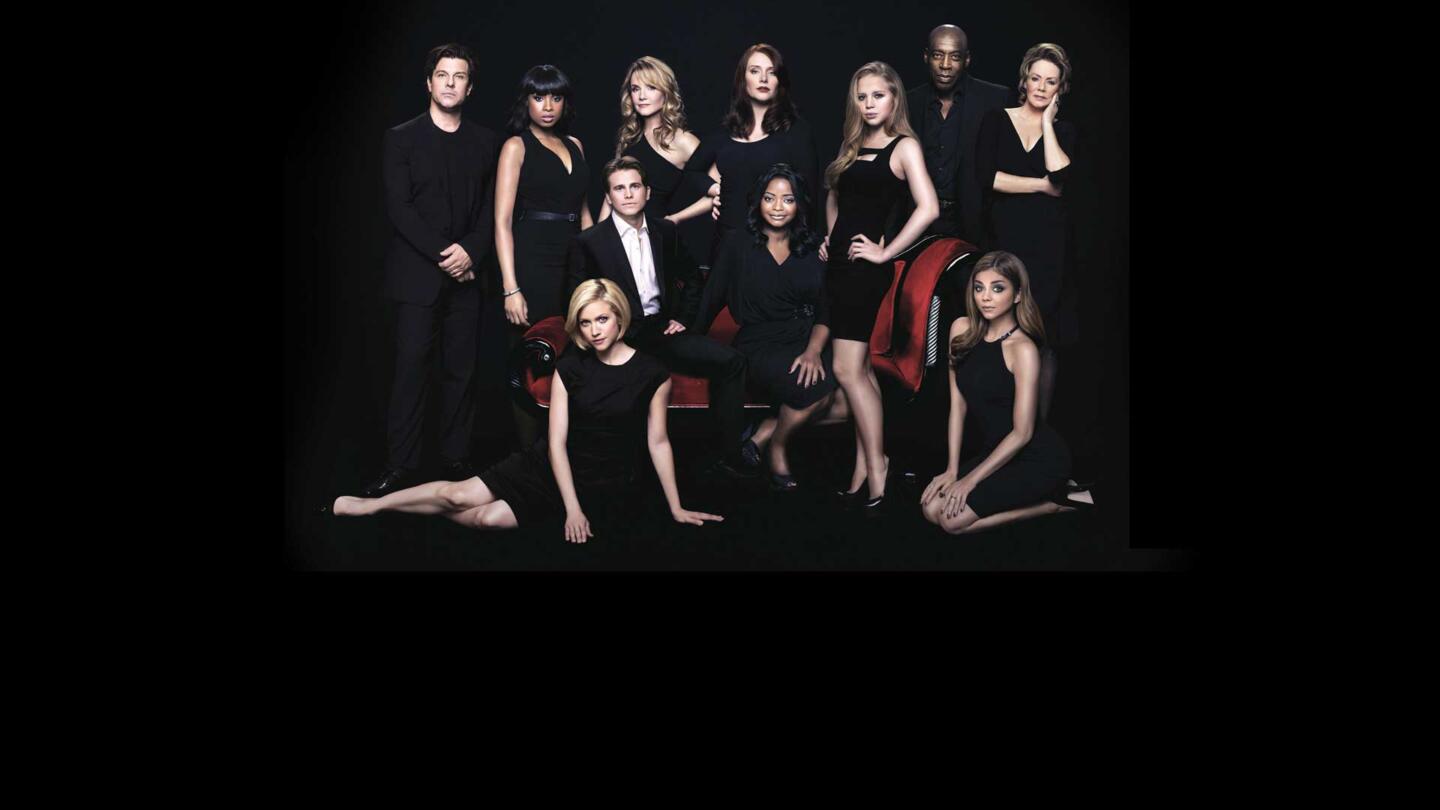 Call Me Crazy: A Five Film

Written by Deirdre O’Connor and directed by Bryce Dallas Howard, “Lucy”follows the film’s title character, a law student who finds herself amidst the horror of schizophrenia, landing her in an institution where, through the support of a new friend, meds and her psychotherapist, she begins her path to not only healing, but a promising future. “Lucy” also features Clint Howard.

“Grace,” directed by Laura Dern and written by Howard J. Morris, explores bipolar disorder through the experience of a teenage daughter whose mother grapples with the condition. Also starring in “Grace” are Melissa Farman and Aimee Teegarden.

“Allison” weaves together comedy and family drama in a story about healing when its eldest daughter “Lucy” returns home from inpatient treatment and spoils her sister “Allison’s” unveiling of her new boyfriend to their parents. “Allison,” also featuring Ken Baumann, was written by Jan Oxenberg and is directed by Sharon Maguire.

“Eddie,” directed by Bonnie Hunt and written by Stephan Godchaux, delves into the world of depression as seen through the eyes of a comedian’s wife as she grapples with understanding how her husband Eddie, whom is so loved, can be so withdrawn and overcome with sadness. The short also stars Chelsea Handler and features appearances by Dave Foley, Jay Chandrasekhar, James Avery and Ross Mathews.

In “Maggie,” penned by Erin Cressida Wilson and directed by Ashley Judd, a female veteran returns home from war to her son and father, only to have her life shattered by the onset of posttraumatic stress disorder, through which her lawyer, “Lucy,” helps her. Melanie Griffith also stars in “Maggie.”

“Call Me Crazy: A Five Film” is an extension of the Five franchise that started in 2011 with the Lifetime Original Movie “Five”, starring Patricia Clarkson, Jeanne Tripplehorn, Rosario Dawson, Tony Shalhoub, Jenifer Lewis, Kathy Najimy, Bob Newhart, Tracee Ellis Ross and Jeffrey Tambor.“Five” used humor and drama to focus on the effect breast cancer and its different stages of diagnosis have on relationships and the way women perceive themselves while searching for strength, comfort, medical breakthroughs and, ultimately, a cure. Recognized by the Academy of Television Arts & Sciences with its Television Academy Honors, winner of a Banff World Media Award and nominated for DGA, WGA, NAACP Image and Imagen Awards, “Five” was directed by Jennifer Aniston, Alicia Keys, Demi Moore, Patty Jenkins and Penelope Spheeris.