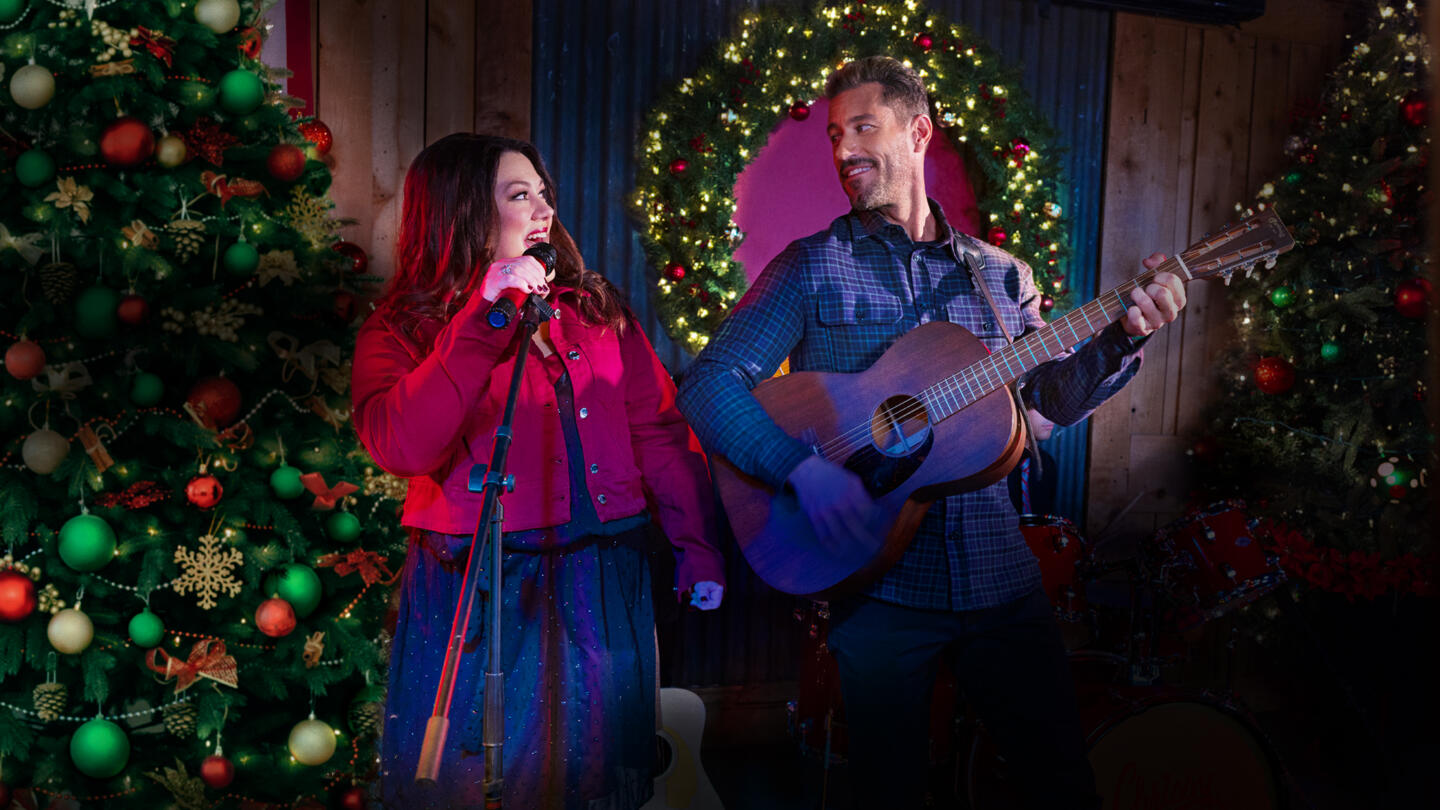 Before country music star Chrissy’s (Brooke Elliott) rise to fame, she was a small-town girl with big dreams. Now, with her music sales on a decline, Chrissy’s manager concocts a plan to have her return to her hometown for a televised Christmas concert where Chrissy must debut a new song. Chrissy is reluctant to return to the place she left years ago, but with encouragement from her best friend, Eugene (Danny Pintauro), she agrees to do the show. When she arrives home, Chrissy bumps into her ex-boyfriend, Luke (Brandon Quinn), who wrote the songs they performed as a duo when she first started out. Equally surprised to see Chrissy, Luke is still angry their relationship has been strained ever since Chrissy left to pursue a solo career. Trapped by a blackout, they are forced to seek shelter at Luke’s ranch home where they realize they need each other to make both her live concert and Luke’s grandmother Pearl’s (Ann Walker) Christmas party a success (2022).