A Guide to Navigating Breast Cancer Treatment Options: How Patients Can Feel Empowered Instead of Overwhelmed 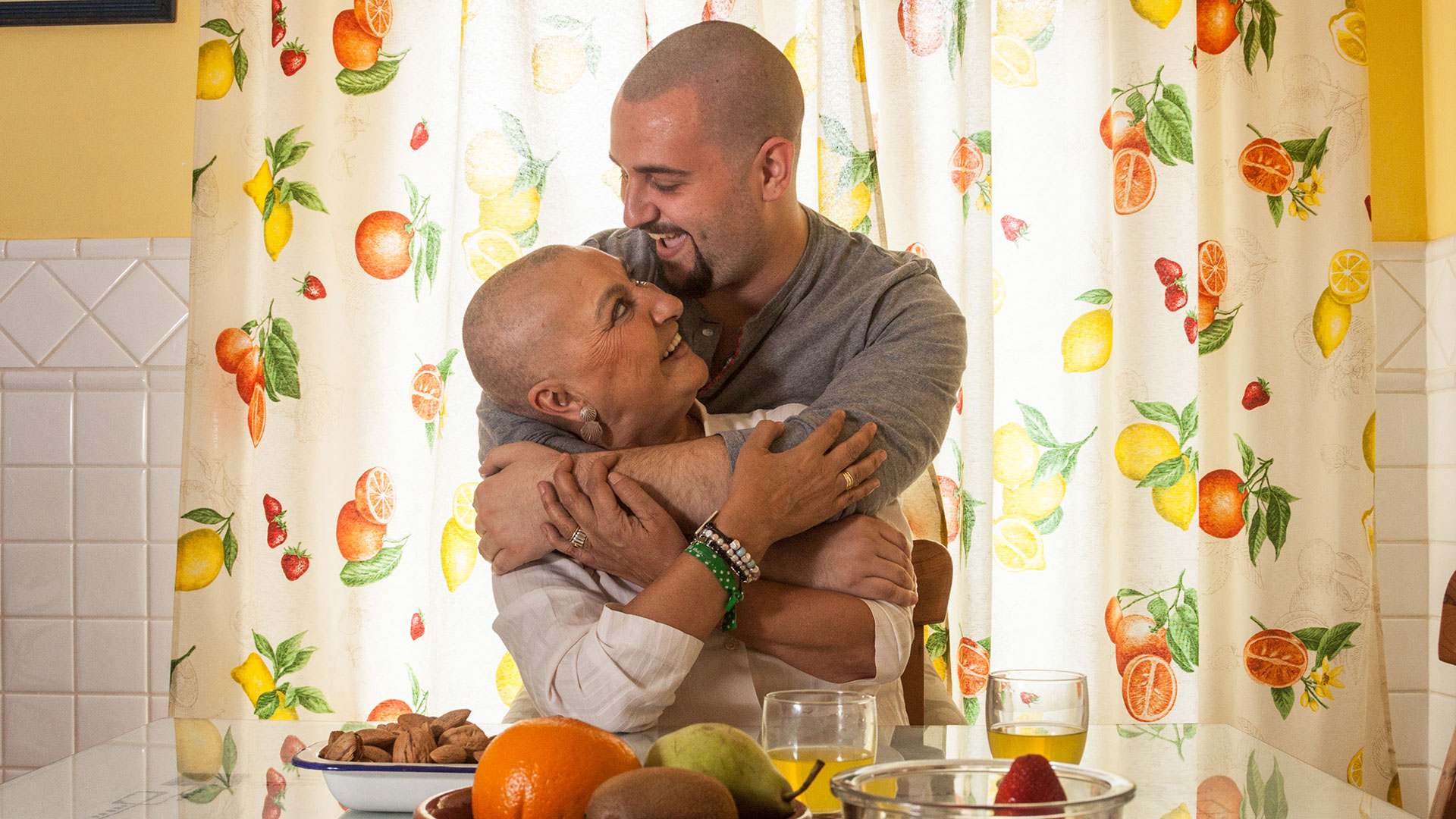 Breast cancer presents a double threat to women today. Not only is it the most common type of cancer afflicting American women, according to Dr. Dorraya El-Ashry, chief scientific officer of the Breast Cancer Research Foundation (BCRF), it’s also the second-leading cause of cancer in the nation overall.

It’s not uncommon to react to a breast cancer diagnosis with shock, disbelief, terror and some measure of hopelessness. There’s often little time for a patient to acclimatize to her new reality before she finds herself in one sterile room after another, undergoing what seems like an endless barrage of invasive tests and treatments.

Breast cancer treatment and chemotherapy, while crucial to a patient’s recovery, can feel deeply alienating and disempowering. While the medical system's aim is to heal, much can be lost in translation for confused patients being shuttled between specialists.

A major culprit is the absence of meaningful engagement between doctors and patients. On the surface this seems a routine aspect of medical care, as doctors are busy and often seeing dozens of patients a day. But limited interaction can lead to frustration and even worsen medical outcomes.

Surveys show physicians spend an average of 20 minutes with patients, and much of that time is consumed with entering data into Electronic Health Record (EHR) systems. This experience is even more common among patients who are women of color. A study by investigators at the Icahn School of Medicine at Mount Sinai in New York City found that oncologists spent 5 fewer minutes discussing care goals with minority patients. Minimal time with doctors means it’s crucial that patients learn to take charge of their own care.

Multiple studies have shown that patients who actively participate in their treatment process have higher recovery rates than those who do not. Navigating the healthcare bureaucracy system—especially when dealing with a severe illness—can be daunting, but possible with some help.

Strategies for optimal management of breast cancer treatment include being informed on relevant medical facts, procedures and promising new research; striving for a communicative relationship with your doctor and care team; and being prepared for appointments with questions and concerns.

To establish a communicative relationship with your care team, it's crucial to decide on long-term treatment with a doctor who makes you feel comfortable and heard. But even the best doctors can run out of time as they juggle multiple patients a day, so you should do some homework before checkups.

Michigan-based oncologist Dr. Zeeshan Tariq recommends patients come to appointments with notes on any important questions or concerns to "make the most use of clinical counseling time." This way, the crucial thoughts you've been wondering about won't slip your mind.

After your appointment, don't be afraid to call the care team for guidance on medication or precautions if you've forgotten instructions. If a health issue appears several days before your next appointment, be sure to call your doctor or nurse and let them know about it. "Patients shouldn't be afraid to ask questions or reach out for advice," says Dr. Tariq.

Unlike other branches of medical treatment, breast cancer treatment is a long, all-encompassing and strenuous process. While your primary care provider may not want to hear immediately about your latest bout of flu, your oncology care team needs to be up-to-date on all of your health issues, as they may be related to your condition and treatment.

Though it can sometimes feel like you are alone in your diagnosis, you’re not. Dr. El-Ashry notes one in eight American women have been diagnosed with breast cancer. As a result, there are many support groups for fellow patients.

Consider joining a local branch of After Breast Cancer Diagnosis or Cancer Survivors Network (there are a variety of organizations to choose from). Not only can it help talking with other women who are going through the same process, you may be able to learn how others managed different stages of the disease. These groups can also offer advice on how to locate the best doctors and find financial support.

Don't Forget About Your Mental Health

Many professionals recommend that patients with cancer or autoimmune diseases see a therapist to help them deal with feelings and anxiety around their illness. There are also counselors, psychologists and psychiatrists who have an additional certification in counseling related to oncology.

The next portion of learning to navigate your treatment, is learning more about it. Most patients don't have medical degrees, and lingo used in the hospital often flies over their heads. While it may not be possible to learn and understand your condition in the detail your oncologist does, it’s useful to have an idea of what you're dealing with and what your options are.

Prof. Dr. Shaharyar (also known as Dr. Shaharyar A. Khan) an oncologist and director of Cancer Care Hospital & Research Center, says that patients should have an understanding of the basic terms that apply to their condition. "Patients who do research through reputable sources [...] have an advantage," says Dr. Shahryar.

Patients can only credibly advocate for themselves and ask key questions when they know what their doctors are talking about.

There are three main tests that doctors do to detect breast cancer, ranging from a simple breast exam to X-ray mammograms, to MRIs and ultrasounds. However, the surest way to get a cancer confirmation is with a biopsy of tumor cells. The extracted cell sample is sent to labs where it’s determined to be cancerous or not.

If tests signal cancer, the oncologist then grades the growth on a scale ranging from zero to four. The four stages indicate the level of the development of cancer.

Stage 0 indicates that the cancer is non-invasive and contained within the milk ducts. The last stage, Stage IV, means that the cancer has spread through the body. While a later-stage diagnosis can be disheartening, it does not mean there are no treatment options available.

There are three main kinds of breast cancer surgery:

-Lumpectomy. Lumpectomy refers to the procedure in which the doctor surgically removes the cancerous tumor. This is ideally used for treating smaller tumors. (Sometimes a larger tumor is first shrunk using other methods and then a lumpectomy is performed.)

-Mastectomy. For patients who carry a greater risk due to family history and for cases where the spread of breast cancer is pervasive, the doctor might recommend entirely removing the infected breast(s) and all its tissue. This can also be done preventatively for those diagnosed with BRCA gene mutations that indicate an increased likelihood of developing breast cancer in one's lifetime.

-Sentinel Node Biopsy. During this procedure the doctor removes a number of lymph nodes to determine the spread of cancer within the nodes. Depending on the results and discovery of cancerous cells, the remaining lymph nodes are spared or removed. If cancer is found, additional lymph nodes are removed from the armpit in a process called axillary lymph node dissection.

As an invasive process, surgery carries with it risk of complications that differ depending on the procedure. It’s important to go over potential side effects and long-term consequences of the procedure with the surgeon before making a decision. You might also want to consider meeting with a plastic surgeon before the operation to discuss possible reconstruction options.

Radiation therapy is less invasive, using high intensity beams of energy like X-rays and protons to bombard and destroy cancer cells. Typically, radiation therapy is done with an external beam of radiation, but there is also the option of placing radioactive material within the body, which is called brachytherapy. Treatment can last from three days to six weeks, depending on the grade of cancer.

Chemotherapy, the treatment most people have heard about, focuses on using lethal drugs to attack multiplying cells. For patients who are at high risk of graduating to Stage IV or in the case of late detection, chemotherapy is often considered to reduce the size of the tumor before other treatment options such as lumpectomy can be implemented. Its side effects can vary, depending on the drugs being given. It’s highly recommended that patients find out about the full range of side effects before undergoing the procedure.

Hormone therapy and immunotherapy are case-based treatments that are used in particular types of breast cancers, which are estrogen-sensitive. The treatment entails using medication to block hormones (commonly estrogen or progesterone) from attaching to cancer cells or preventing the production of the hormones themselves.

Immunotherapy is used in cases where the human body's immune response system fails to classify cancerous cells as a threat and attack them. The therapy is used mostly in conjunction with chemotherapy to halt the spread of cancer in the rest of the body.

The battle to control cancer may appear overwhelming, but institutions such as BCRF and others have been pioneering research on personalized medicine, with the eventual goal of providing customized treatments based on an individual patient's biology.

Until breast cancer becomes a concern of the past, breast cancer patients should feel empowered to learn what they can, self-advocate and reach out for support.

Questions to Ask Your Doctor at Your Next Visit