'I Had a Preventative Mastectomy in My Twenties' 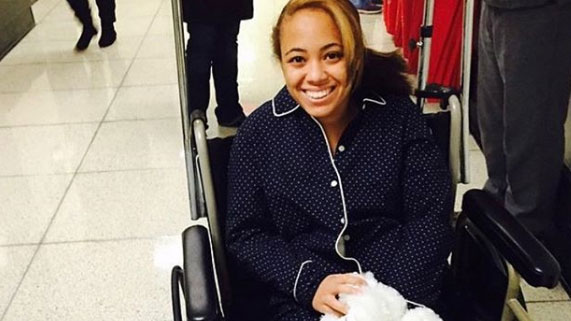 I was only eight years old when my mother was diagnosed with breast cancer the first time.

My first inkling that something was wrong was that her energy seemed to disappear overnight. One of my favorite activities as a child was having my mother bounce me on my bed as if it were a trampoline, and those sessions dried up. I also noticed the number of closed-door conversations between my parents increased, leading me to think there was something they didn't want me to know.

I would later learn that my mom had identified a lump while taking a shower. Because she was only 28 years old, the doctor told her there was no chance she could have breast cancer. But he was wrong.

Shortly after her hair began to fall out as a result of her chemotherapy treatments, she sat me down and explained she had been diagnosed with breast cancer. The doctors had caught it early, she said, and she would be OK after a few months of treatment.

My mom would ultimately undergo a lumpectomy and a round of chemotherapy and radiation. She spent the next 14 years in remission, although I could see how the shadow of cancer followed her. When another lump appeared in her breast, she would panic, even though it would turn out to be benign scar tissue.

In 2007, I was finishing my final semester as an undergraduate at the University of North Carolina-Chapel Hill. One weekend in March, my mom asked me to skip class and come home because she was having a biopsy. A week later, she called me with the results: The doctors had found cancer in her other breast. It was triple-negative breast cancer; a type of breast cancer that is less responsive to traditional treatments. When she called to tell me the news, I laid down on the floor of my apartment hysterical until two of my friends (who had been dispatched by my mom) came over to collect me.

UNC is home to Lineberger Cancer Center, one of the best cancer-treatment centers in the South, so my mom decided to undergo treatment there. After reviewing her medical history—specifically the fact that she had been diagnosed with breast cancer twice by the age of 42—her doctors there recommended she have genetic testing to determine whether she had a BRCA1 or 2 gene mutation.

The results came back positive for a BRCA2 mutation. Although it was satisfying to have an answer, I also saw the impact the diagnosis had on my mom's mental state. Although she put on a brave face, the news shook her deeply. She believed she had left breast cancer behind. Now she was dealing with a second diagnosis, as well as the possibility of developing ovarian cancer. It also meant I had a 50 percent chance of carrying the gene mutation.

I was starting law school in the fall, so it didn't seem like an ideal time to have testing that might reveal life-altering results. Instead, I made sure to do monthly breast self-exams and to keep track of any changes I noticed in my breasts.

Although we both avoided talking about the subject, when I moved to New York City in 2011, my mom slipped the information for a genetic counseling clinic into my suitcase. The only time we had a direct conversation about BRCA was the day Angelina Jolie published her now famous op-ed in The New York Times announcing that she had undergone a preventative double mastectomy due to a BRCA1 mutation.

My mom called me at my office wanting to know if I had read the piece. "Do you think you would make the same decision?" she asked. I wasn't prepared to even think about the answer, so I quickly rushed her off the phone with the excuse that I need to finalize a research memo for a partner.

Finally, in 2014, I decided to get serious about determining my risk for breast cancer. I was 29, only a year older than my mom was the first time she was diagnosed and seven years after her second, unexpected diagnosis. If I could do something to prevent cancer, I wanted to find out what it was. 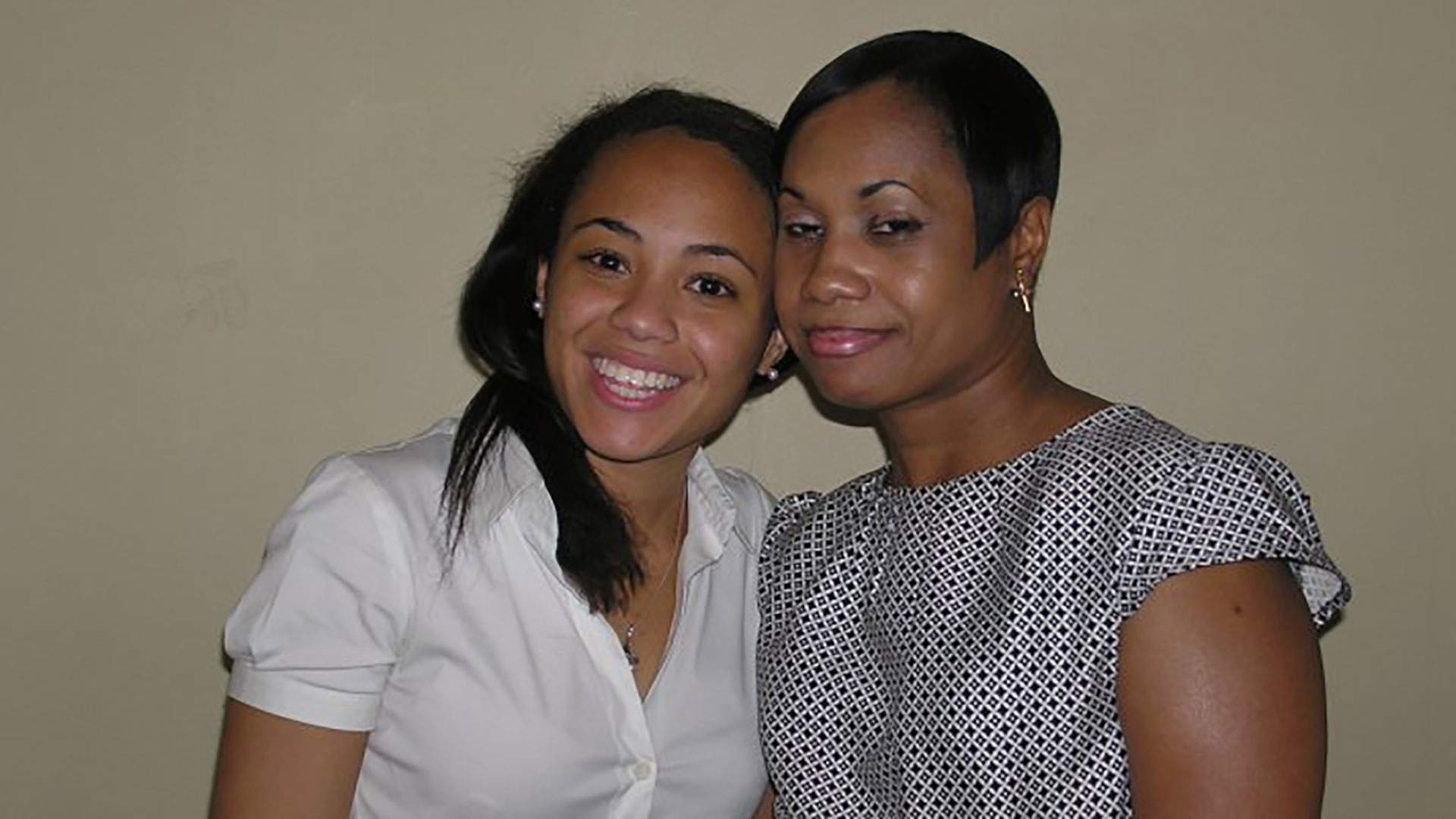 Erika and her mom after Erika's law school graduation in 2010. Image courtesy of Erika Stallings

I made an appointment to see a genetic counselor at New York University, which has a special center for individuals at a high risk for cancer. During the appointment, the doctor collected my family history of any relatives who had been diagnosed with cancer, and also ordered a copy of my mom's medical records. The test results came back three weeks later: I also carried a BRCA2 mutation.

I had done extensive research online on sites for BRCA mutation carriers such as Bright Pink and FORCE (Facing Our Risk of Cancer Empowered). I had also spent the years since my mom's diagnosis thinking about the possibility that I carried a mutation. Despite all of that, hearing the news was still a shock. I took the subway back to my apartment uptown in a daze. I would later comment to a friend that there was no amount of advance preparation that would adequately prepare you to hear the news that you have a disorder that transforms the possibility of getting cancer from an "if" to a "when."

Although we had discussed alternatives to a mastectomy during our initial appointment, once the test results were back, the tenor of the conversation changed. Due to my mom's history of breast cancer before the age of 30, the doctor urged me to consider having a preventative mastectomy as soon as possible.

I decided to consult a few different oncologists before making a decision. Everyone gave me the same advice: I should have a preventative mastectomy due to my family history of early-onset breast cancer.

The alternative to surgery would be increased surveillance. I would have a mammogram and MRI every six months. As one doctor explained to me, surveillance wouldn't prevent cancer; it only meant that doctors would catch it at an early stage. It also meant that I would live my life in six months increments, hoping the scans were clean each time.

There was a lot to consider. I had been dating someone seriously when I made the decision to undergo genetic testing, but the relationship ended a month after I got the test results. Dating in New York City was already hard, and I was worried that having reconstructed breasts would make finding a husband impossible. Surgery would also mean that I wouldn't be able to breastfeed if I had children.

I also had to manage my mom's feelings of guilt. When I called her to tell her the news, she was devastated. She viewed the mutation as something that she had caused me to have. She wanted me to schedule preventative surgery as soon as possible. After her diagnosis in 2007, she had undergone a mastectomy and also had her ovaries removed to prevent the possibility of ovarian cancer. She had been cancer free since 2008, but I knew the experience still weighed on her. My best friend, who was in the middle of her residency at University of Michigan's medical school, also urged me to have surgery. "I've seen patients who have BRCA mutations and don't take any risk-reduction steps, and they end up with cancer," she advised.

When I was weighing all of this, I found myself reflecting a lot on my mom's experiences with breast cancer. I remembered watching her manage chemotherapy treatments. I remembered how she would allow herself to be vulnerable and how scared she was the second time she had cancer. I also knew that if she had known about her BRCA mutation before her second diagnosis, she likely would have undergone the removal of her remaining breast tissue to prevent it from happening. Having a preventative mastectomy would allow me to make the choice she didn't have.

I ultimately decided to go forward with the surgery. Although I was confident I was making the right choice, the months leading up to the surgery were not easy. On more than one occasion I debated calling it off, due to the stress of managing work responsibilities alongside numerous pre-op appointments (and the associated medical bills).

I had my preventative mastectomy on December 1, 2014. Although it took time to recover, having the procedure meant that I lowered my chance of getting breast cancer down to less than 5 percent.

That was almost five years ago. Since then, I've continued to see several specialists so that I can undergo screening surveillance for the other types of cancer associated with BRCA mutations. Although screening is not a guarantee that I won't get cancer, I am comforted by the knowledge that if I do develop cancer, it will likely be caught early when it's more treatable.

My experience has also helped me to find a voice as a patient advocate. Three years ago, I co-founded the Young Leadership Council at the Basser Center for BRCA, a research center solely focused on treating and ultimately preventing cancers caused by BRCA mutations. To date, the Council has raised over $75,000 to support research and organized panels on topics such as dating and intimacy after a mastectomy and fertility preservation. I want other young women facing the same choice as me to know that they're not alone.

I've also reflected a lot on my decision to have a mastectomy. As radical at it sometimes seemed when I was in the middle of my decision, I have no regrets. Having preventative surgery means that I've been able to focus on my career as a music industry attorney and philanthropy without the threat of breast cancer hanging over me.