February 15, 1820: Susan B. Anthony Was Born and Grew up to Become a Women’s Rights Movement Pioneer

On February 15, 1820, Susan B. Anthony was born in Adams, MA. Thanks to her tireless fight for women’s right to vote, she was nicknamed the “Napoleon of the Women’s Rights Movement.” When the 19th Amendment was ratified 14 years after her death, it was known as the “Susan B. Anthony Amendment” in her honor. There are plans to further recognize Susan B. Anthony by including her in a montage with her sister suffragettes, Lucretia Mott, Sojourner Truth, Elizabeth Cady Stanton, and Alice Paul on the back of the 2020 $10 bill.

Anthony’s Quaker roots, coupled with involvement in the abolitionist movement at a young age, helped turn her into a leading suffragette. When her parents moved her and her seven siblings to Rochester, NY, they hosted weekly anti-slavery meetings. Leading abolitionists William Lloyd Garrison and Frederick Douglass were frequent attendees. In 1848, while working as a teacher, Anthony noticed the gender pay gap. This blatant economic inequity inspired her to attend the Rochester Women’s Rights Convention of 1848.

In the early 1850s, Anthony’s life’s work as a fierce fighter for women’s rights was solidified when she met Stanton and heard Lucy Stone speak. Throughout the 1850s, Anthony campaigned for women’s property rights and women’s voting rights. She became a member of the American Anti-Slavery Society and the 1856 National Women’s Right Convention. 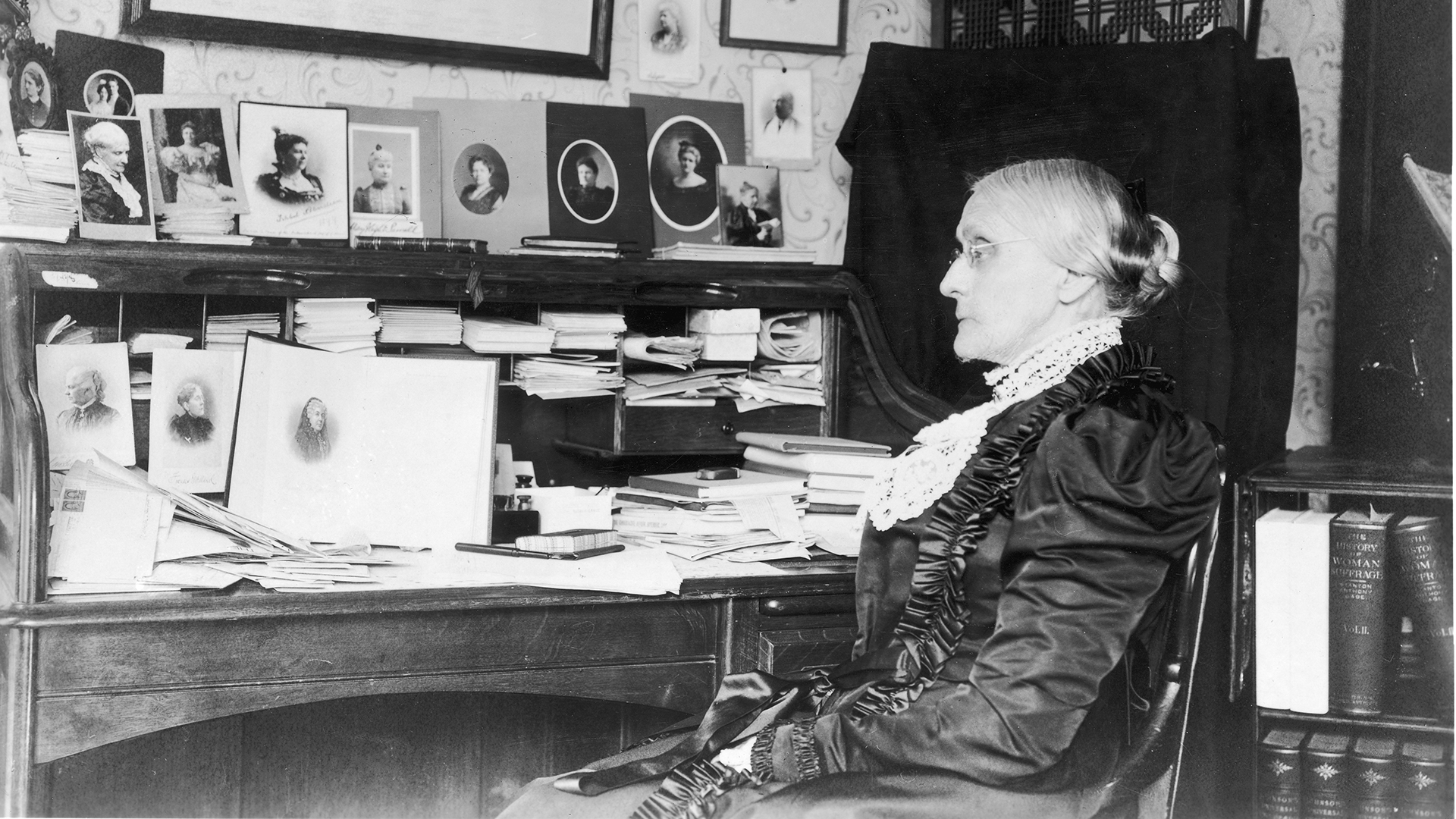 In 1869, Anthony and others founded the National Woman Suffrage Association, with their sights set on achieving women’s right to vote. She bravely fought for equality, even getting arrested in 1872 for voting in the presidential election. Determined in her mission, she ignored frequent death threats and hostile mobs.

In the 1880s, Anthony joined Stanton and Matilda Joslyn Gage to pen the comprehensive book, “History of Women’s Suffrage.” She continued to fight for an amendment granting women the right to vote and the line in her final speech on suffrage became the mantra of young suffragettes: “Failure is impossible.”

She died in 1906, 14 years shy of seeing her life’s work come to fruition. With women currently making up 52 percent of the voting population (thanks to the 19th amendment) and a record number of females running for public office, Anthony’s legacy endures.