On April 13, 2001, “Bridget Jones’s Diary” was released in theaters. Based on Helen Fielding’s 1996 same-titled novel, the film adaptation stars Renée Zellweger, Hugh Grant and Colin Firth. The plot of the film, like the novel, is a modern retelling of Jane Austen’s “Pride and Prejudice.” “Bridget Jones’s Diary” grossed over $280 million worldwide, and Zellweger was nominated for the best actress Golden Globe and Oscar for her role. “Bridget Jones” launched a new trend in media, catering to the growing “chick lit” audience.

In the film, Jones (Zellweger) is a 32-year-old, clumsy and weight-obsessed single woman living in London. She works in the publicity department of a book publishing company, where her main focus is fantasizing about her caddish boss, Daniel Cleaver (Grant). She spends most of her time binge-eating in front of her TV, swigging Chardonnay with her friends and updating her diary about her daily caloric intake and her love life. She also devotes many pages of her journal to venting about the judgemental “smug marrieds” in her orbit. Jones gets caught up in a love triangle with the arrogant Cleaver and a more suitable, yet standoffish lawyer, Mark Darcy (Firth). 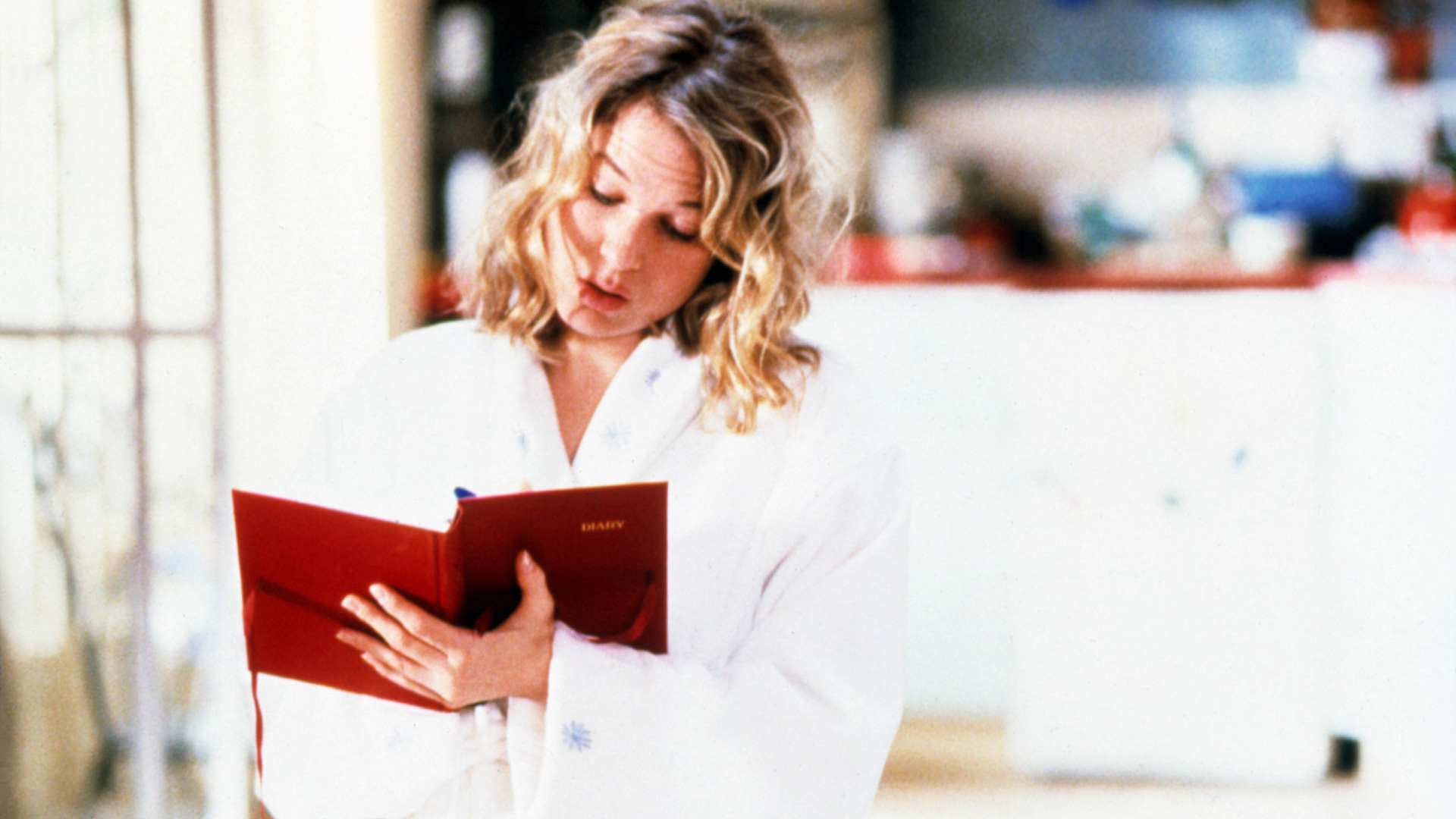 Blinded by her obsession with her playboy boss, she eventually realizes that she let her pride prejudice her against Mr. Darcy. In a 2013 interview with The Guardian, Fielding, who also co-wrote the screenplay, shared the inspiration for Jones: “We weren’t single because – as Bridget joked – ‘underneath our clothes our entire bodies are covered in scales’… we just didn’t need to settle for someone who wasn’t right, simply to keep life afloat.”

For British actresses at the time, Jones was the most coveted role. Even though five years earlier Zellweger dazzled audiences in “Jerry Maguire,” the choice to cast an American, in a quintessentially British role, was controversial. Zellweger worked with vocal coach Barbara Berkery to perfect her British accent. And =in order to stay in character, Zellweger maintained her newly-cultivated accent throughout the filming of “Bridget Jones.” She also carbo-loaded in order to look more like the plumper British protagonist. Zellweger continued playing Jones in “Bridget Jones: The Edge of Reason” (2004) and “Bridget Jones’s Baby” (2016). She recently spoke of her desire for another turn as the spunky, yet insecure protagonist: “I really hope (there is another movie). I do. I love her. She’s so much fun.”