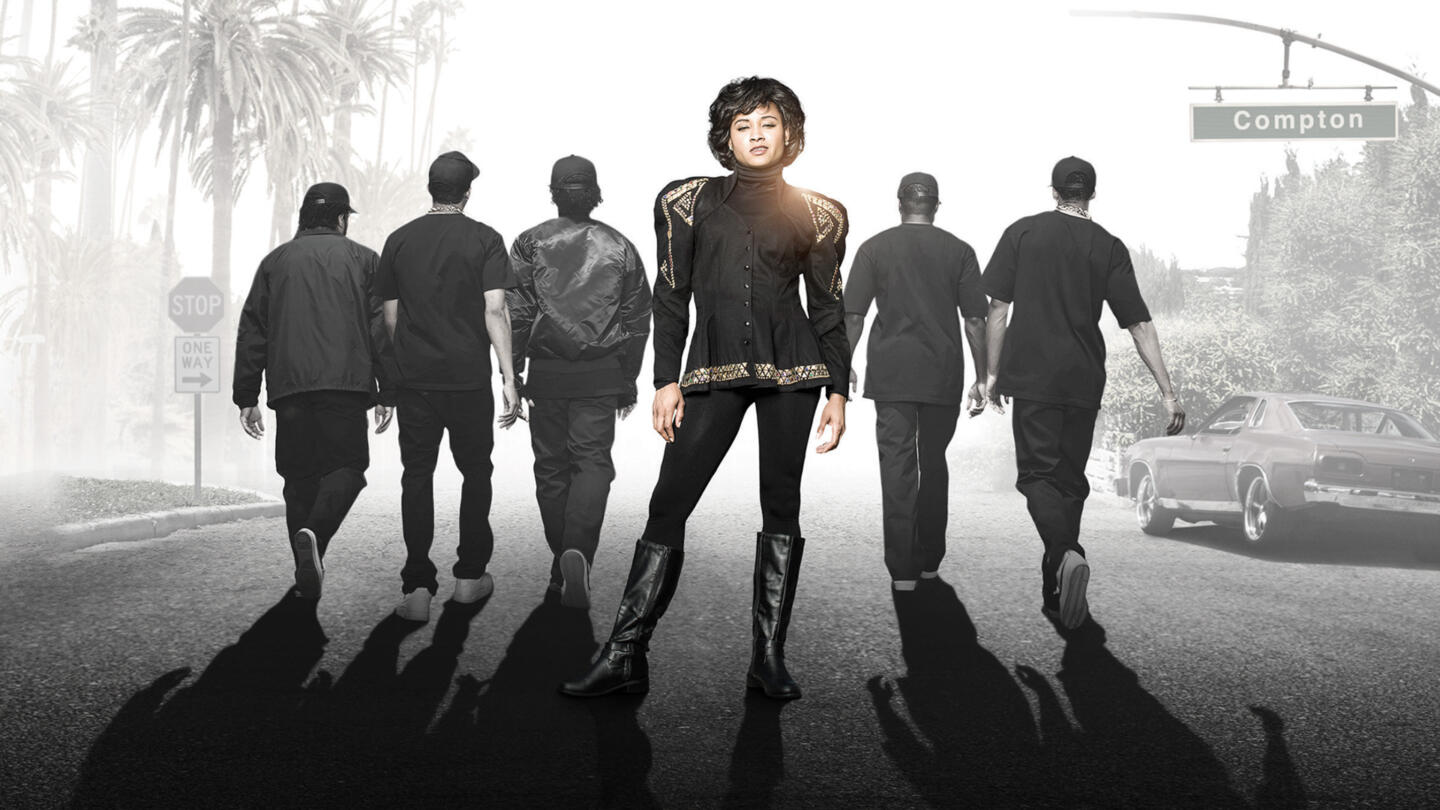 Celebrated hip-hop recording artist Michel’le will speak up and speak out about the darker side of Compton hip-hop as she narrates the Lifetime Original Movie, “Surviving Compton: Dre, Suge & Michel’le,” based on her life story, premiering Saturday, October 15 at 8PM ET/PT. The first lady of Ruthless Records, who triumphed over a life riddled with abuse and adversity, is ready to share her story with the world. Produced by Sony Pictures Television and Thinkfactory Media, Surviving Compton: Dre, Suge & Michel’le stars Rhyon Nicole Brown (“Lincoln Heights”) as Michel’le, newcomer Curtis Hamilton as Dr. Dre and R. Marcos Taylor, who reprises his role as Suge Knight after having starred as the music executive in last year’s feature film, “Straight Outta Compton.” Jamie Kennedy (“Scream,” “Malibu’s Most Wanted”) also stars as music manager Jerry Heller.

Discovered at a young age, the shy, squeaky-voiced Michel’le (Brown) was plucked straight from South Central, Los Angeles and catapulted into the spotlight while riding N.W.A.’s rocket ride of early success. Surrounded by industry visionaries from Eazy-E to Tupac Shakur, Michel’le quickly climbed the charts; but, her musical successes were soon overshadowed by betrayal and corruption. A nearly decade-long romance with the infamous Dr. Dre (Hamilton) pushed her into a life tarnished by alcohol, drugs and violence until her savior came in the unlikely form of Suge Knight (Taylor), co-founder of Death Row Records and Dre’s business partner. Friendship would turn into a courtly romance, but the union Michel’le thought they had did not end happily-ever-after. With children from both men and a career to protect, Michel’le’s voice became silenced by Compton’s biggest power players. Until now.