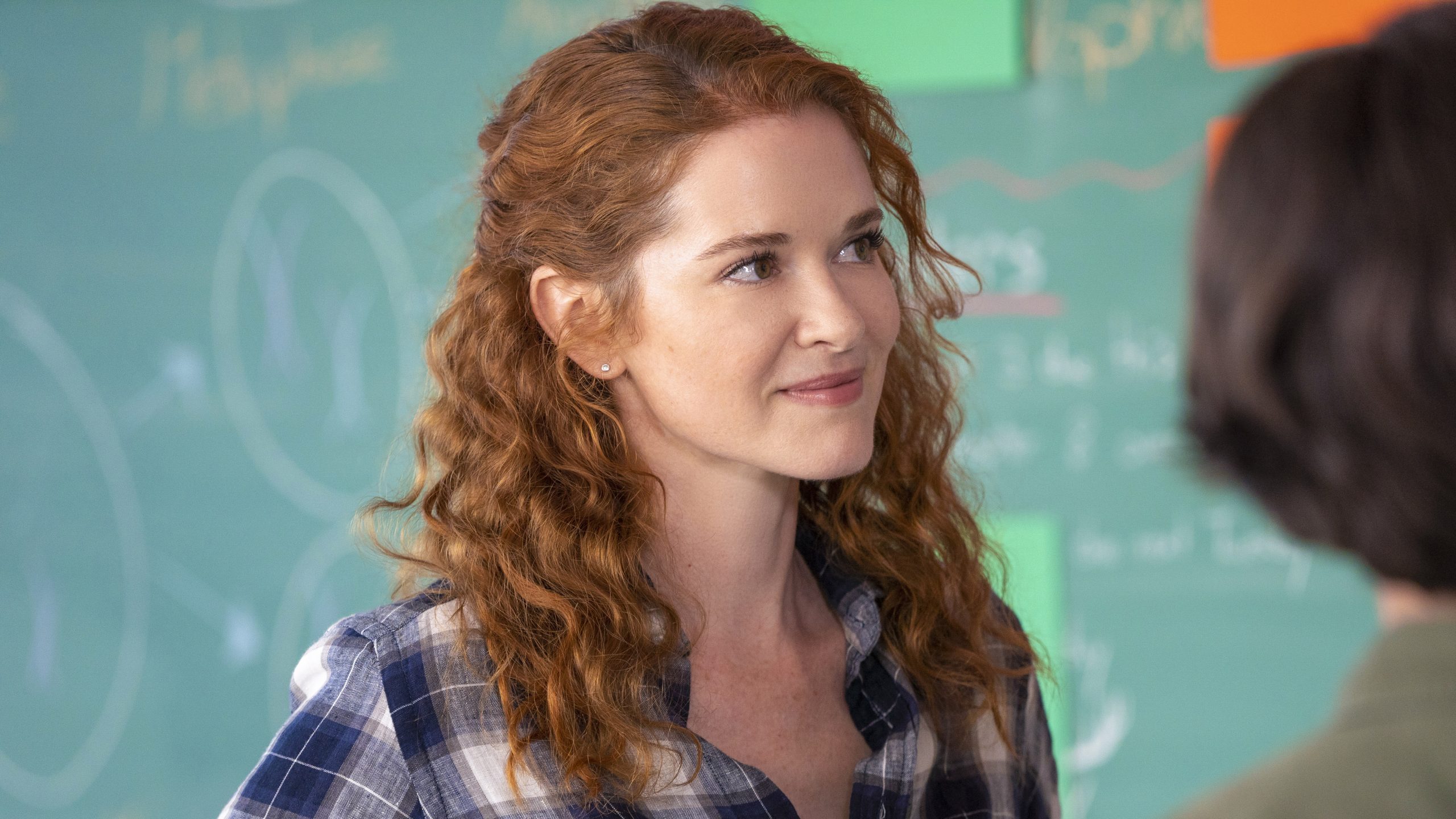 On screen, Reindeer Games Homecoming reunites Drew with her Grey's Anatomy co-star Justin Bruening, as a former classmate who's become an action movie star. (On the show, the two played a couple at one point.) Behind the scenes, it's Drew's debut as a script writer and executive producer for the network.

Drew caught up with Lifetime to talk about teaming up once more with Bruening, and why she wrote a character for herself whose high school nickname was “Pre-Med.”

This is your third Lifetime holiday movie, and the first you wrote. What was that like?

It was exhilarating because I didn't know that I could. I had come up with an outline for it and pitched it to my producers and said: 'Maybe we should hire a writer.”' And they said: 'The world that you've created is clear in your head, you should just...sit down and write it.' I was glad to have that nudge.

I wanted something that felt joyous, and that felt like 'me.' It has all the different colors of the human experience, in terms of grief and love and community. I wanted to add a lot of color. That's the way that I approach every single thing I do, by asking: 'How do I find more layers and more humanity?'

In Reindeer Games Homecoming, your character, Mac, reunites with her high school crush, Chase Weston, who's come home to help out his very pregnant sister. It's only fair we ask about your own teenage crushes, right?

It was middle school, but I had a big crush on Elijah Wood. I was a member of his fan club. I had an Elijah Wood 'wall.' I was mainly just really impressed with his talent, so I had a 'talent crush' on him. I think I wrote him letters. I must've watched Huck Finn like 9,000 times.

[As an adult,] I met him at a fundraising party. And I did tell him that I was a member of his fan club when I was growing up. But I left out a lot of the details because I didn't want to freak him out.

This is the third project that has you romantically paired with Justin Bruening. I think that makes him your 'work husband.' What's behind it?

We enjoy each other's company. We both love to 'play' in the acting world. We'll sit and talk for hours about what's going on with the personal arc of a character. When you're walking into a movie, and there's limited time, you want someone who's gonna show up with a full heart. I would rather work with someone who I know is going to have that attitude than roll the dice on someone who, I don't know their personality or how they 'show up' for work.

Justin and I text now and again. I never call. And so I was calling him about this, and he looks at his wife, Alexa, and he goes: 'Sarah Drew is on the phone.' He was on another call at the time. And she says: 'You'd better answer that. That's a job offer.'

What did he think of your story?

It was a little nerve-wracking, because I'm like: 'So…I wrote a script. You wanna do it? Obviously, you should read it, first.'

It's a tender and vulnerable thing. It's my first script. It hasn't been tested by the world yet. He played it really cool on the phone. He's like: “That's interesting. I'd love to take a look.' But he told me later: 'As soon as you called, I was in.' He knows when he comes onto a project [where] I'm in a leadership role, he's going to feel artistically alive.

When Chase and Mac reunite, he picks up his old nickname for her, 'Pre-Med,' because that was the career track Mac was on back in the day. Did your time as a doctor on Grey's Anatomy play into this?

Mac is actually designed after my mom, a biology teacher. She's retired now, but she taught me AP Bio. You know how Mac wears T-shirts with the funny, 'science-y' jokes on them? My mom has, like, 11 of those. She is lit on fire about anything science related. She got her PhD, and then was in research science for a long time until she made the switch to teaching. And she thought, for a minute, that she might go to medical school, but wound up not doing that. So really, my Grey's background had nothing to do with Mac. It was about honoring my mom.

Your kids were both 'Christmastime babies,' you told Lifetime, when your first holiday movie premiered in 2018. What's the season like at home these days?

They're 10 and 7 now. I don't know that the holidays have changed dramatically. I think we still do our 'normal' traditions, although belief in Santa has definitely shifted.

My husband and I participate in a music collective every holiday called The Reindeer Tribe, where we get together for a long weekend with friends and record a Christmas album. This past year, my kids sang on it, and they're very excited to sing on the album this year, too. 'Country Christmas' is our theme this year. And I'm going to make sure that we get our ornament decorating in, as well.