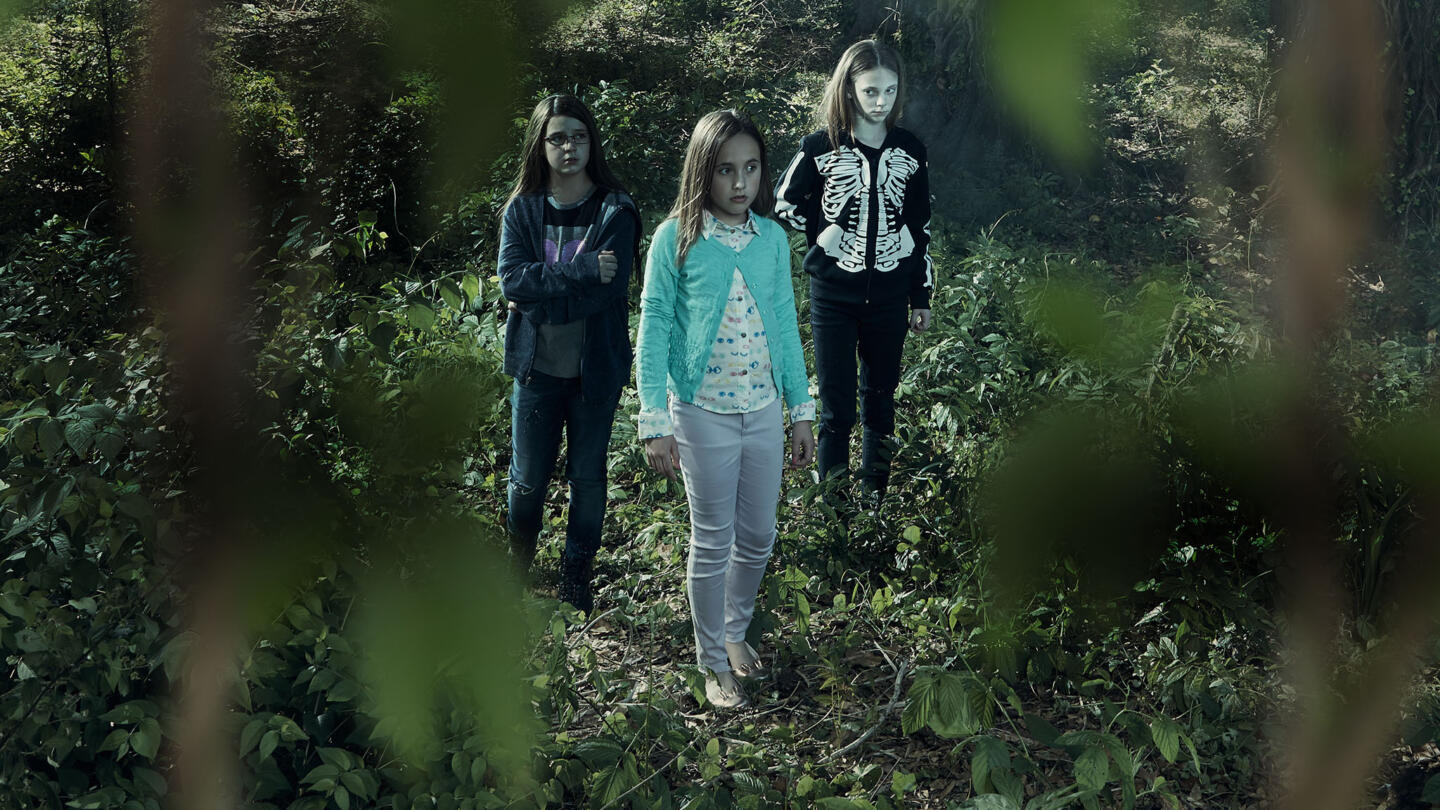 Terror in the Woods

Inspired by true events, Rachel (Ella West Jerrier) and Kaitlyn (Sophie Grace) are two quiet, shy 12-year-old best friends in small-town Georgia. Like many 12 year-olds, they liked having sleepovers and spent much of their time on the internet often looking up scary stories. Their favorite internet spooky story is that of the Suzerain, a clawed monster who lures children to his palace in the forest. To their parents, it seemed like a harmless ghost story, but in reality, the girls believed the Suzerain was real and that he would hurt their families unless they did what he told them to, which was perform a blood sacrifice. Together, they settle on their friend Emily (Skylar Morgan Jones) as their target, stabbing her with a pair of scissors. Miraculously, Emily survives the brutal attack, and Rachel and Kaitlyn are picked up by the police. As the investigation begins, bigger questions about use of the internet and the state of the girls mental health come to the forefront. Had Kaitlyn’s parents Dani (Angela Kinsey, “The Office”) and Nathan (Drew Powell, “Gotham”), and Rachel’s mom Jackie (Carrie Hood, “Devious Maids”), been aware of the extent of the girls fascination with the Suzerain? Should the ultimate blame be placed on the dark side of the internet or the deeper issue of mental health? Or was there nothing that could stop the hold that Suzerain had over Rachel and Kaitlyn.

“Terror in the Woods” is produced by Thinkfactory Media in association with Swirl Films for Lifetime Television. Executive producers are Leslie Greif, Christina Ricci, and James Heerdegen. Produced by Eric Tomosunas. D.J. Viola directs from a script written by Amber Benson.