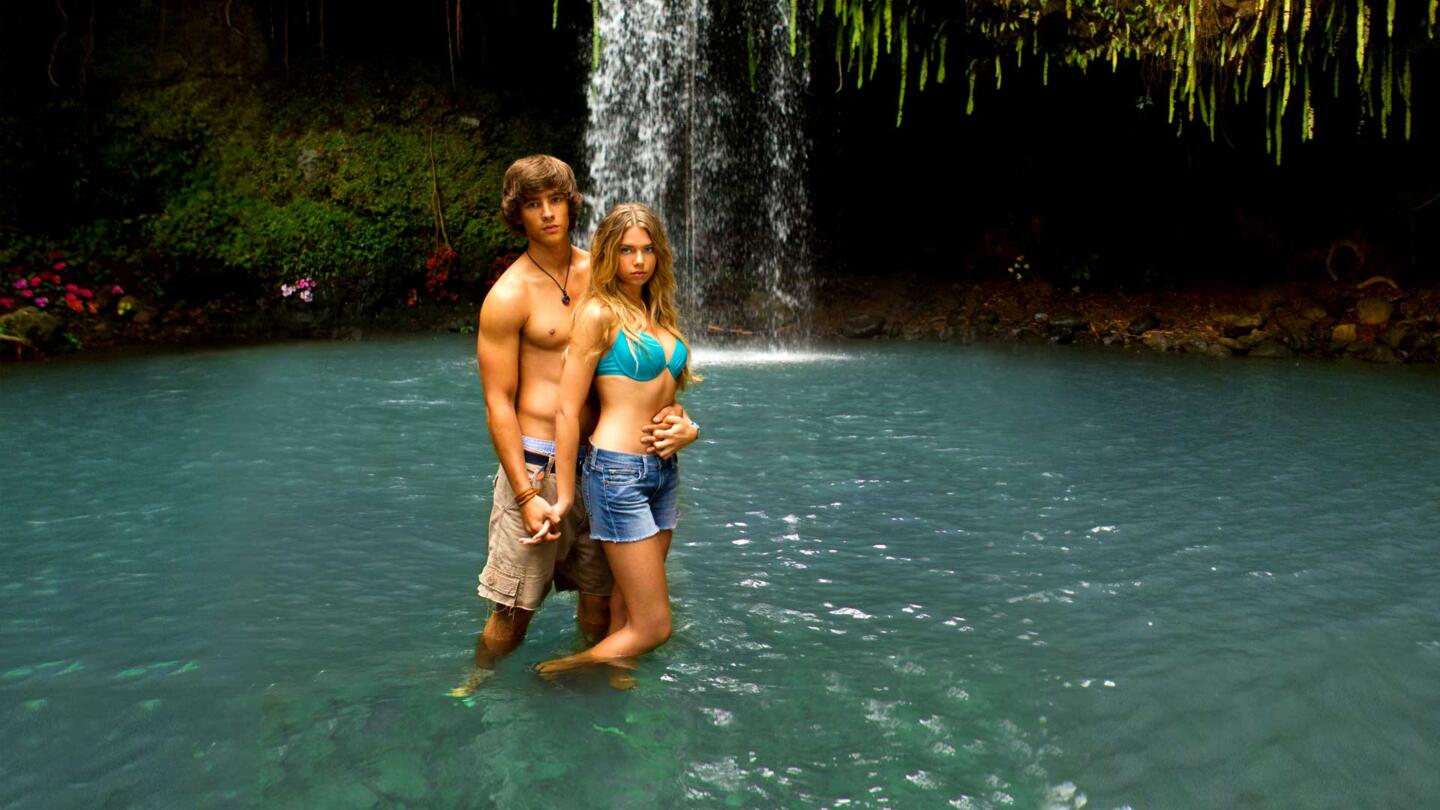 In “Blue Lagoon: The Awakening,” overachieving high school student Emma Robinson (Evans) and slacker Dean McMullen (Thwaites) find themselves on the same class trip to Trinidad. Though they have little in common, Emma and Dean attend a wild party on a boat, and when Emma falls overboard during a police raid, Dean jumps in to save her. The pair drifts in a motorless dinghy until they end up stranded on a deserted island. While their parents desperately search for them, Emma and Dean are forced to rely on each other for survival, and the more time they spend together, the more they realize their attraction to one another. Despite their differences, a bond eventually develops between them. But as days on the island become weeks and then months, Emma and Dean wonder if they’ll ever be rescued or if their life on the Blue Lagoon will last forever. Richards stars as Emma’s devoted mother, Barbara, who refuses to give up the search for her missing daughter. Atkins, who starred in the 1980 romance/adventure movie “The Blue Lagoon,” portrays Mr. Christiansen, a high school teacher who helps in the search for Emma and Dean.