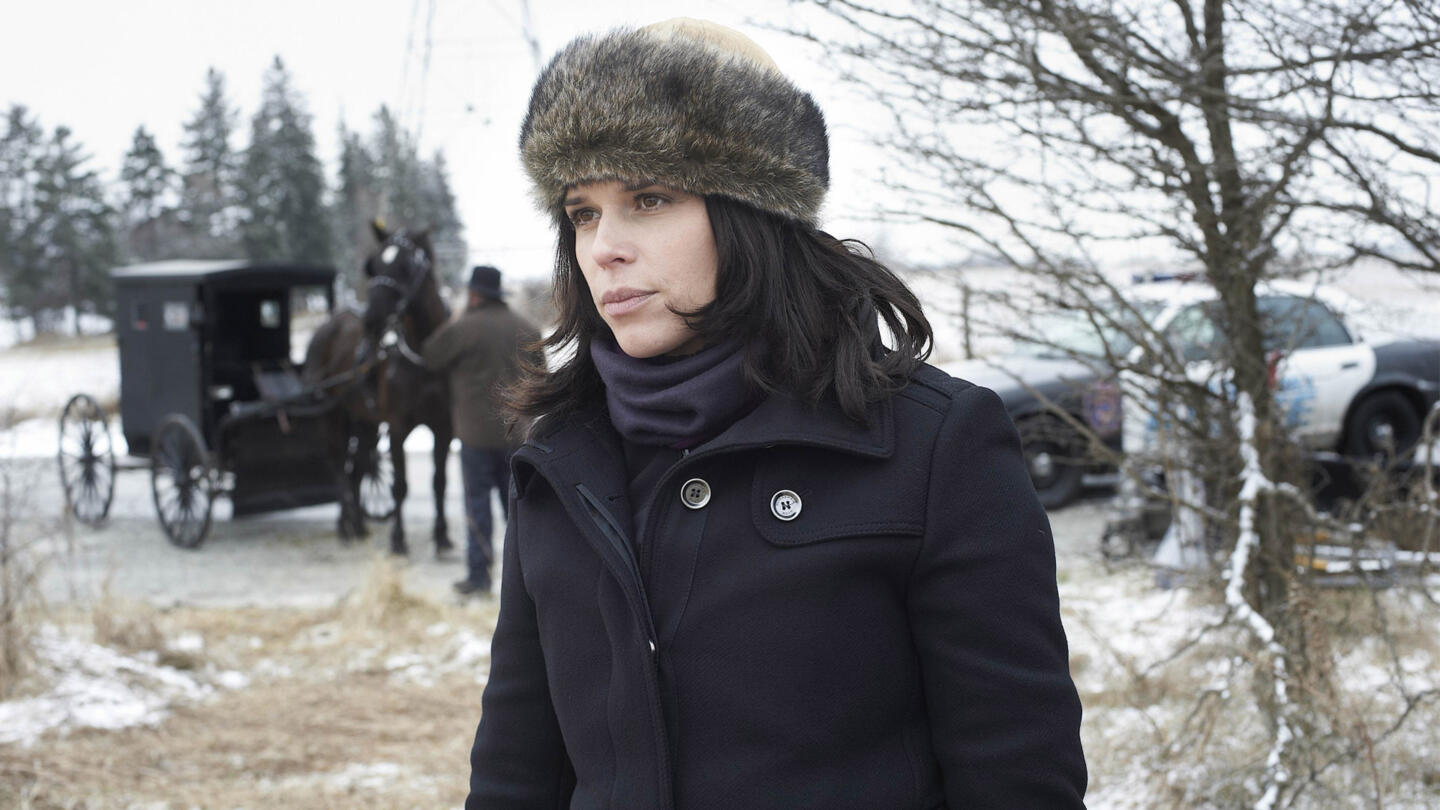 Based on the book “Sworn to Silence” by Linda Castillo, “An Amish Murder” tells the story of Kate Burkholder (Neve Campbell), a woman who grew up Amish and, after returning to her small hometown as its Chief of Police, must solve a string of horrible murders. The movie also stars Neve’s brother Christian Campbell (“Reefer Madness: The Movie Musical”, “Trick”), Noam Jenkins (“Rookie Blue”, “Saw II”) and C. Thomas Howell (“E.T. the Extra-Terrestrial”, “The Outsiders”).

In “An Amish Murder”, the peaceful Amish farming community of Painter’s Mill, Ohio, is shattered when a series of brutal murders leaves the town with a sense of frailty and loss of innocence. Among the most affected by the tragedy was Kate Burkholder (Campbell), a young girl who survived the terror and, as a result, left the Amish life behind. Fifteen years later, Kate returns to Painter’s Mill as its Chief of Police. Certain she’s come to terms with her past, Kate’s renewed life in her hometown is shattered when a murder investigation triggers deep-seated emotions from her childhood and exposes a dark secret that could destroy her.