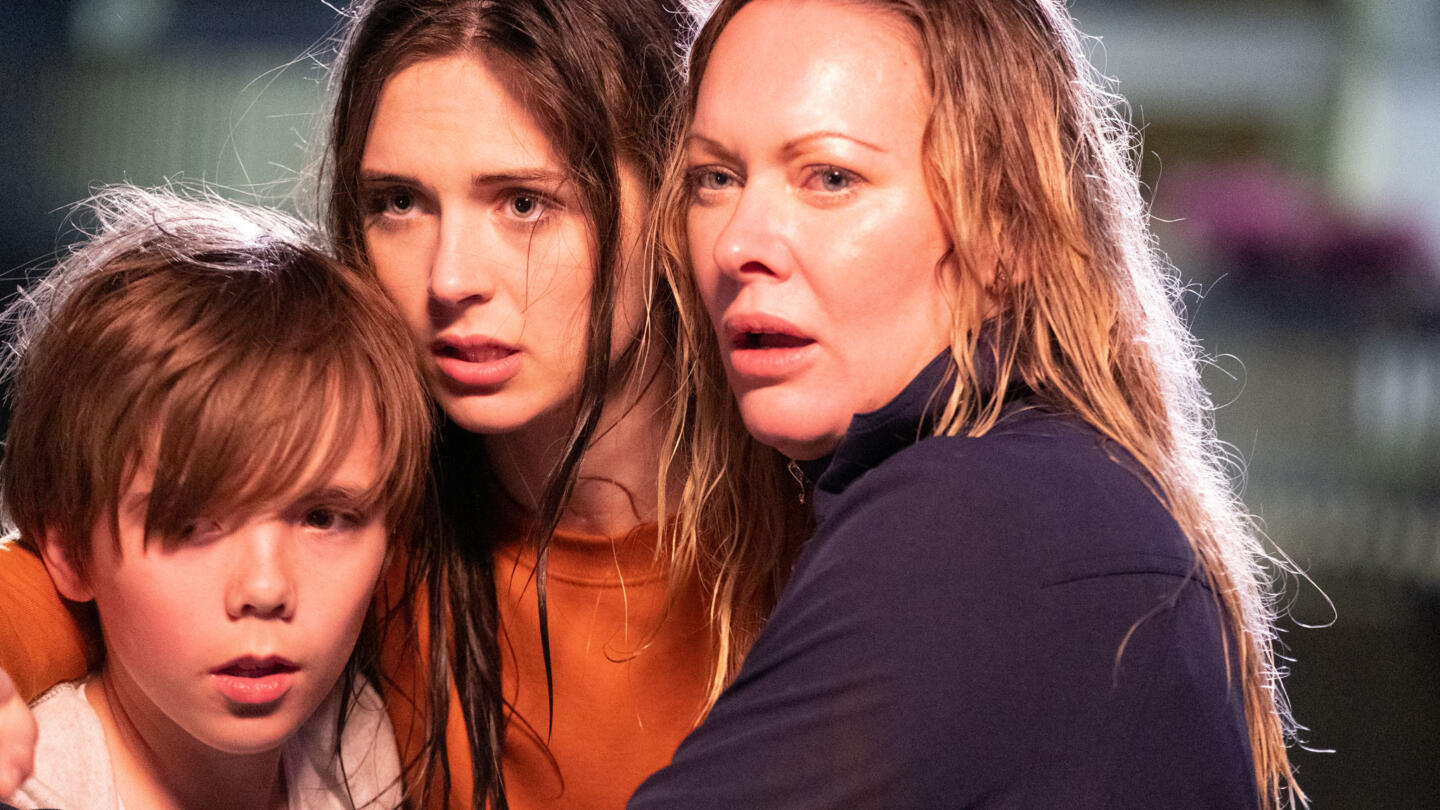 On an idyllic day at the beach, Alison and her younger brother, Kevin, are saved from a vicious shark attack by the brooding and mysterious Daniel. To Alison’s mother, Diana, Daniel is a hero. To Alison’s boyfriend, Carson, Daniel is a threat whose stories don’t quite add up. Daniel charms his way into Diana’s heart and home, but Alison grows suspicious of his odd and protective behavior. When Alison’s loved ones start to go missing, she discovers Daniel isn’t who he says he is, and that he has a dark past with a body count. “Daniel” won’t stop until Alison belongs to him, and she must stop him before Kevin and Diana become his next victims. Houston Stevenson, Julia Blanchard, Felicity Mason, Sarah Wisser, Jackson Dockery, Brayson Goss star. (2020)