The Surprising Truth About Twins

Learn what keeps them united—and what drives them apart. 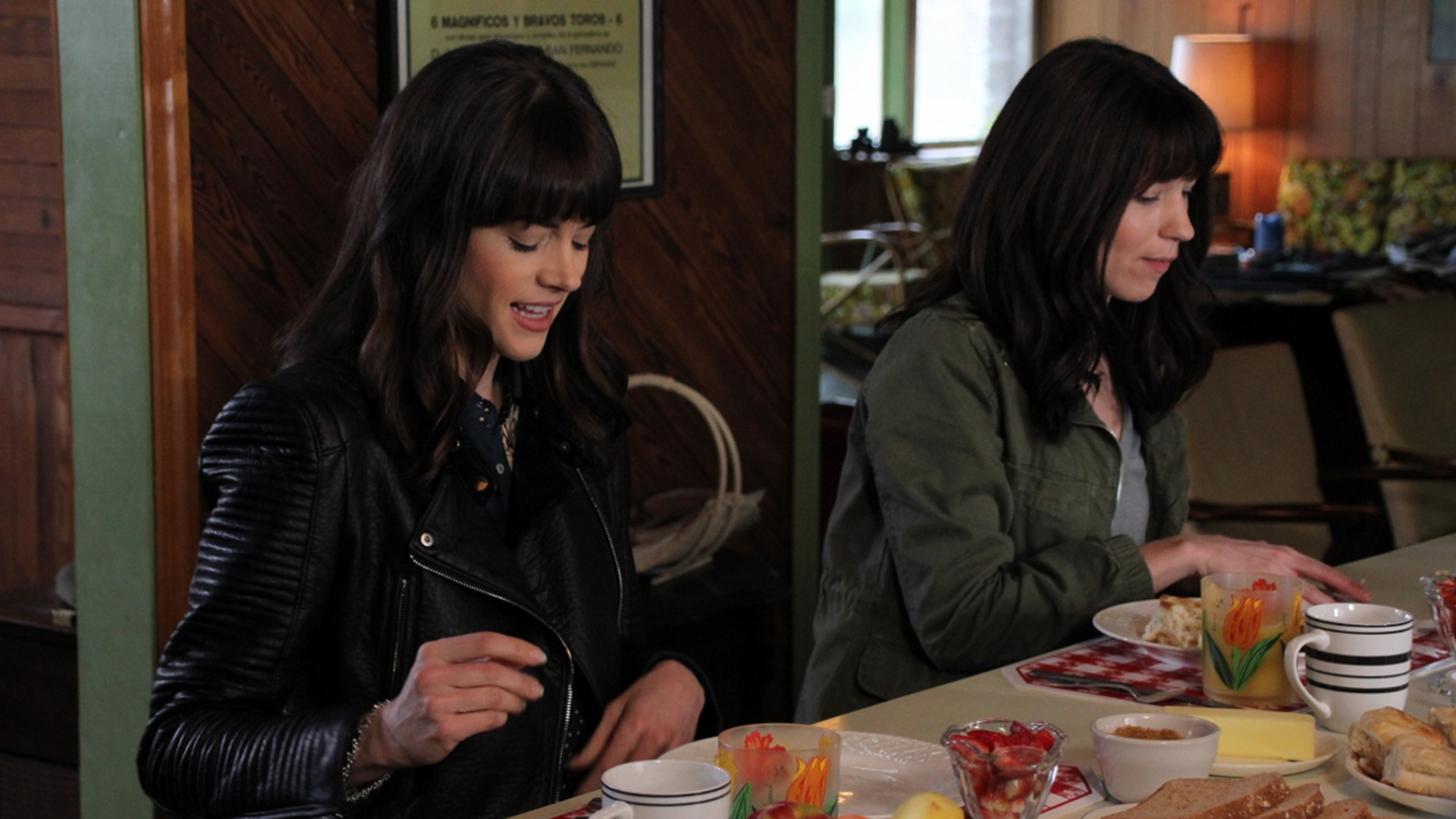 “The bond between twins is stronger than between mother and child, or between husband and wife.”

As stark a claim as that is—and it was made by Donald Keith, not only a twin himself but the director of the nonprofit Center for the Study of Multiple Births—an exploration of the lives of twins supports it. A bond exists that seems to go beyond love or any other emotion; some twins say that their thoughts connect, and they have a sense of wholeness together, and a raw, painful incompleteness if forced apart, or if one of them dies.

That is a question put to the test in the new Lifetime film "A Sister’s Secret," premiering August 5 and based on a true story. Twin sisters decide to secretly swap places for their 30th birthday. But this playful prank turns into a nightmare when one of them is murdered. The living twin decides to keep acting as her sister to try to find the identity of the killer, but she must do so before the murderer figures out the wrong sister was targeted and comes after her.

Real stories filled with both tragedy and devotion—and the unexplainable—can be found when you study twins. Which is not too much of a surprise. After all, there are approximately 73 million pairs of twins in the world today, according to research cited in the book "Twin Stories: Their Mysterious and Unique Bond," by Susan Kohl.

There are approximately 73 million pairs of twins in the world today.

Controversy curls around the question of whether twins have a true psychic connection, with stories of one experiencing pain when the other suddenly dies miles away. Take the English twins the Houghtons. At home one day, Gemma Houghton, then 15, suddenly had the powerful feeling that her twin, Leanne, who suffers from epilepsy, was in trouble. Gemma rushed to the bathroom, where she knew Leanne was taking a bath, and found her sister underwater and turning blue. Gemma grabbed her sister, pulled her out of the bathtub and administered CPR.

"I got this sudden feeling to check on her. It was like a voice telling me 'Your sister needs you,' " Gemma told reporters when the story came out in 2009. "She was under the water. At first, I thought she was washing her hair or playing a trick, but when I lifted her head out I saw she had turned blue. I knew she'd had a fit."

Some scientists are skeptical of such cases, pointing to coincidence or just a good hunch rather than telepathy. What to make, though, of twins who were separated at birth, and when they find each other in adulthood discover that they like the same clothes, same music, and same car?

One of the most extraordinary stories is that of Jim Lewis and Jim Springer. They were born in 1940 and adopted by different families within 50 miles of each other in Ohio. Both sets of parents named their new sons “James.” Each of the Jims got married twice—first to women named Linda, and then to women named Betty. Each had kids, including a son they named James Alan. Both owned dogs they named Toy. One Jim was a security guard, the other a deputy sheriff. After reuniting in 1979, the twins agreed to participate in a study. Their medical histories were identical. As for tastes, each had woodworking workshops put in their garages, bought Chevys, smoked a lot of cigarettes, and even liked the same vacation spot in Florida!

Even twins who’ve known each other all their lives can have a great deal in common. Mike and Bob Bryan have been partners in what some say is the most successful doubles team in tennis history. Together, the two have played 76 consecutive grand-slam events. Their run came to stop this year, though, when Bob injured his hip at the Madrid Open.

In May, at the French Open, Mike played with another partner but told the Associated Press, “Obviously I have much more fun when we are doing it together. It felt a little bit lonely this week, doing all these things by myself. It just feels like you’re missing half of yourself.”

Researchers speculate that since twins share so much genetic material, it could be predetermined that they will have similar brain patterns because they have such similar brain structure.

Why this uncanny connectedness? Researchers speculate that since twins share so much genetic material, it could be predetermined that they will have similar brain patterns because they have such similar brain structure. It does tilt the question of nature versus nurture more toward nature, the scientists admit.

No matter the brain wave analysis, having a twin can be useful in many, many ways. Actress Linda Hamilton asked her twin, Leslie Hamilton Gearren, to appear in a scene with her in "Terminator 2." In the script, her character was face to face with a deadly clone. In the movie, that was no special effect audiences saw. The twins were simply standing close together, looking at each other.

Being able to pass for one another can be fun—and it can be used for criminal purposes too. Ronald and Reggie Kray were the inseparable crime lords of the East End of London in the 1950s and 1960s. “They projected an aura of evil and power,” one associate told a documentary filmmaker. When the mentally ill Ronnie was committed to London County Asylum/Long Grove, his brother came to visit—and secretly switched places with him so Ronnie could walk out the front door.

And yet twins don’t have everything in common. Just ask Monica Sparks and Jessica Ann Tyson, who are presently running for the same office in neighboring districts in Michigan’s Kent County. Sparks is a Democrat, and Tyson is a Republican. Yes, it’s caused plenty of friction. But the twin bond can’t be broken.

“The left wing and the right wing belong to the same bird,” the twins told reporters. “We are not going to let this come between our family.”