A Murder to Remember 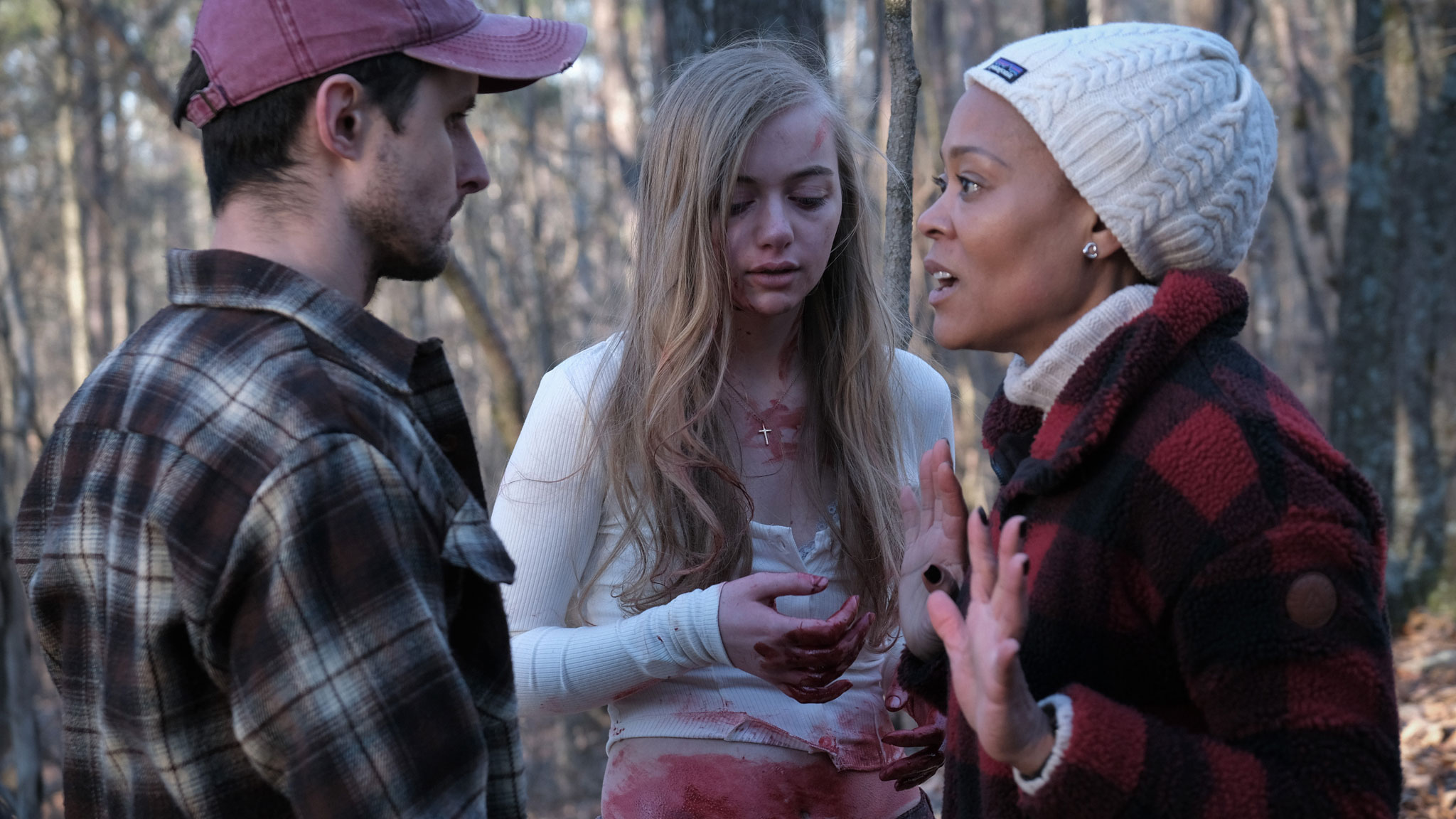 Robin Givens makes her directing debut with "A Murder to Remember." Known both for an acting career spanning decades ("Boomerang," TV's "Riverdale," "Head of the Class"), and as an advocate for women's safety, Givens directs a cast with what she calls "three powerful female roles" in the new psychological thriller.

Inspired by author Ann Rule's true-crime collection Empty Promises, "A Murder to Remember" follows young couple Javier (Kevin Rodriguez) and Robin (Maddie Nichols) as they set out on a camping trip. In the woods, they meet Sam (T.C. Matherne), a stranger who will become Robin's lifeline to survival. The story hews closely to a real-life ordeal that unfolded in Oregon in 1976.

Givens spoke to Lifetime about how the trajectory of her life gave her the confidence to take the reins of her first movie.

The Ann Rule collection that inspired "A Murder to Remember" depicts broken love affairs, where one partner ominously "loved too much," she wrote. What drew you to this project?

I was ready for this. I'd been really getting [interested in] the other side of the camera while filming "Riverdale," looking closely at shots and camera angles… I love the whole sense of a psychological thriller. I loved this [character] Robin. When we meet her, she thinks she's all grown up, as girls that age do. But she's not. And then we see her go through this difficult time and we kind of watch her become a woman.

There's a person who is holding her captive, and all of the sudden he becomes the person she's leaning on in order to get free. By the time she actually is safe, she still feels a connection to him.

Were there things that caught you off guard—or particularly delighted you—about directing?

What was most interesting for me was that it gave me a new voice. I used to tell myself: 'Robin, you're not nearly as strong as the women you play.' I would even say: 'I want to grow up and become them.’ But here, you've got to kind of let everyone know: ‘You have to listen to me.' I went in thinking: 'Oh, I don't know this, and I don't know that.' But then, something that came to me was how much I actually did know, from having grown up on sets. My son showed up [on set] and was like: 'Mom. You're in charge! Yeah!’

He was proud because you got to sit in the director’s chair.

The chair! It was so funny. It did say ‘Director,’ but you don't sit still too often. I liked being with the actors whenever I could, or watching things on my little monitor. I don't think I ever [actually] sat in that chair.

In hindsight, what was the toughest part of the job?

The pressure of making your days ("keeping on schedule," in industry parlance). We had a lot of work to do in a short amount of time.

I think about the day when we filmed [the characters] Javier and Robin arriving [at the campgrounds] in their car. We had rehearsed it where they were going to be on the ground with each other, and it was going to be beautiful. And then…it's raining. So what do you do? You just have to make it work. I said [to actor Kevin Rodriguez]: ' Instead of you putting her on the ground, pick her up and put her on the hood of the car."

This is a movie where the main character is raped and tortured, mentally and physically. You’ve talked about violence toward women for many years. You’ve given speeches and done PSAs for domestic abuse hotlines. Can you tell us how experiences in your own emotional life shaped the way the movie turned out?

I remember sitting at a conference table, interviewing for this job. And I said: 'Maybe I don't know who this [main character] is. And maybe this is going to be hard for me. But I think I'm the person to direct this movie, because I really believe that I've had experiences in my life, going years back, where…you realize that you're in this tumultuous, dare I say abusive, relationship—and you can still be bonded with the person you're afraid of, or who had caused you harm. I have that understanding.

"The Stockholm Syndrome" is the title of the short story in Rule's anthology that inspired the plot of “Murder.” How do you convey that Robin’s ordeal is related to that phenomenon?

I think it's her fear of death. Her world started closing in. Which way could she run? And I think she had this sense: 'If I don't stay close to him, I won't get out.' I think that was real for her… [Another character] rapes [Robin], this young woman who's probably only ever been with Javier. And there's a sense of intimacy about it when she says to [that other character] 'Please, don't do this.' I think [Javier] gets in her brain that way. That happens with women. They think: Did I want this? Did I ask for it? Did I like it? Was it a relationship?

What I love about this movie is you have three different types of women: We watch Robin become strong, right? And then you've got our sheriff (actress Leslie Hendrix, who also co-stars in the new Lifetime movie Sleeping with Danger), who's a strong woman in another way. And then Carolyn McCormick, as Robin's mother, who is a strong mom and is going to fight for her daughter.

Let's say that tomorrow you get two job offers: One is an interesting acting role, the other is a new directing opportunity. Which do you choose?

I'm an empty nester now. Nothing made me happier than being a mom. It's interesting when your kids are older—my oldest is 26, my younger one's 20. You have to get back to yourself. You have to become your own project.

I just can't tell you how happy this movie has made me. All the difficulty of it, figuring things out from the other side. As a director, you definitely don't get to sit in a trailer and watch TV, that's for sure. I'm looking forward to directing again. To go to work and not have to go to hair and makeup? That would be awesome.