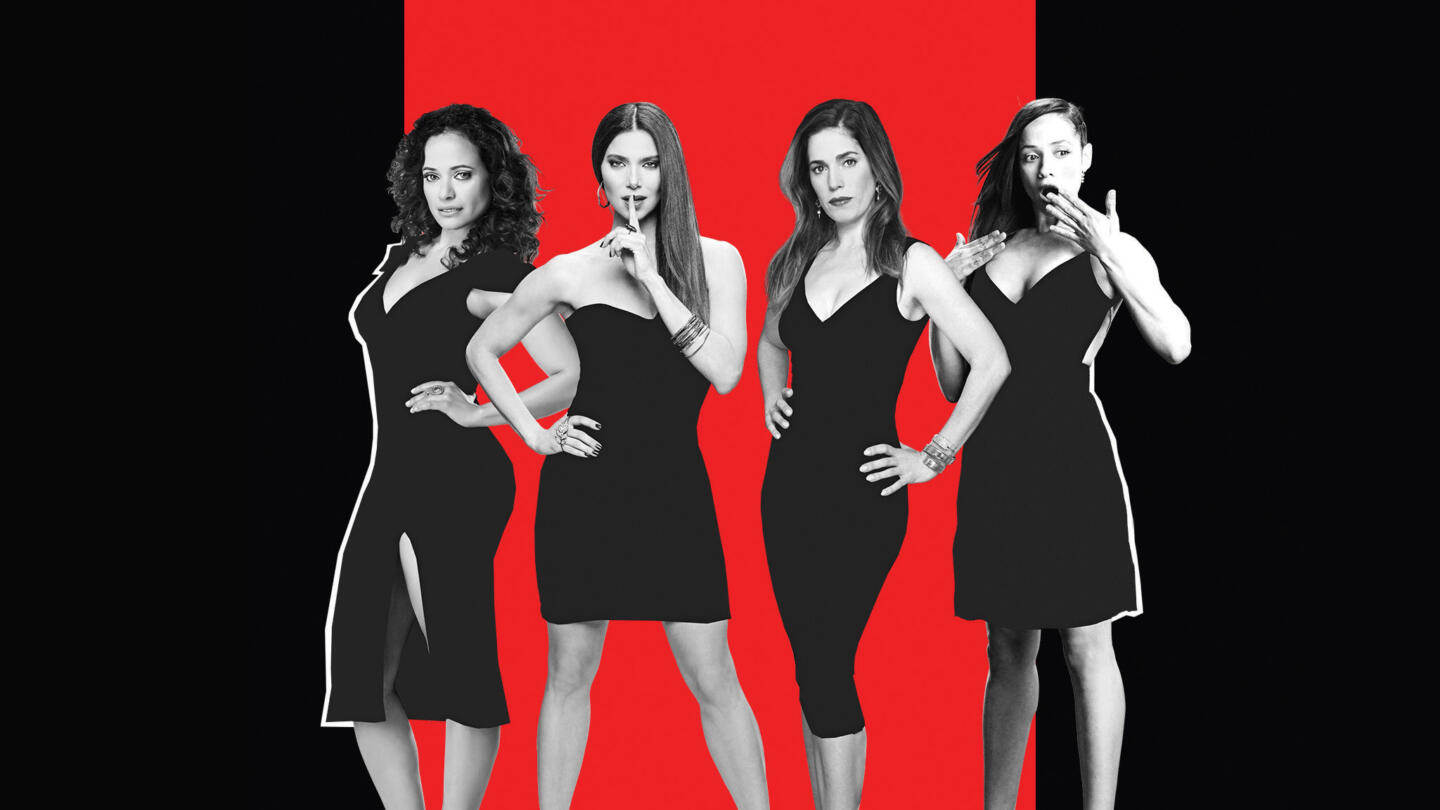 With a special appearance by Eva Longoria in the season four premiere of “Devious Maids,” murder and mayhem collide once again in the mansions of Beverly Hills’ wealthiest and most powerful families in ten all new-episodes. Executive produced by Marc Cherry and Longoria, “Devious Maids” follows a close-knit group of friends, Marisol (Ana Ortiz), Rosie (Dania Ramírez), Carmen (Roselyn Sánchez) and Zoila (Judy Reyes), who are bonded together by their jobs, life struggles and the melodramatic universe that engulfs their employers.

This season, Marisol finds herself acting as a support system to Evelyn (Rebecca Wisocky) in the wake of a big life change. Meanwhile, Rosie’s positive and sunny disposition leaves much to be desired by her new boss, Genevieve (Susan Lucci) who is acclimating to a household without Zoila’s honest and acerbic humor. Carmen continues to pursue her singing career until her cousin Daniela (Sol Rodriguez) comes to town and shakes things up. Marisol also finds herself in a new relationship, which eventually becomes a complicated triangle when her old flame Jesse reappears.

For more information about where “Devious Maids” was filmed, visit tourgeorgiafilm.com.

Read More
By submitting your information, you agree to receive emails from Lifetime and A+E Networks. You can opt out at any time. You must be 16 years or older and a resident of the United States. More details:
Follow #DeviousMaids