On May 7, 2005, Gwen Stefani’s “Hollaback Girl” hit No. 1 on the Billboard Hot 100. Everyone went b-a-n-a-n-a-s for her infectious clapback track inspired by a Courtney Love diss. “Hollaback Girl” stayed at No. 1 for four straight weeks, was ranked at number two on the Billboard Year-End Hot 100 and became the first-ever digital download to sell one million copies. As the lead singer of No Doubt, Stefani had catapulted to fashion and music stardom in the mid-1990s, with the girl-power anthem, “Just A Girl” (1995). Today,
Stefani continues to write her own rules.

Stefani, born in Fullerton, CA on October 3, 1969, became No Doubt’s lead singer in 1987. No Doubt’s sophomore album, “Tragic Kingdom,” put the band on the music and fashion map. Thanks to the music video for “Just A Girl,” Stefani became an instant symbol of girl power, as she rocked her East-meets-West style while pumping out push-ups. The band’s 2001 album, “Rock Steady,” won two Grammy Awards for “Hey Baby” and “Underneath It All.” 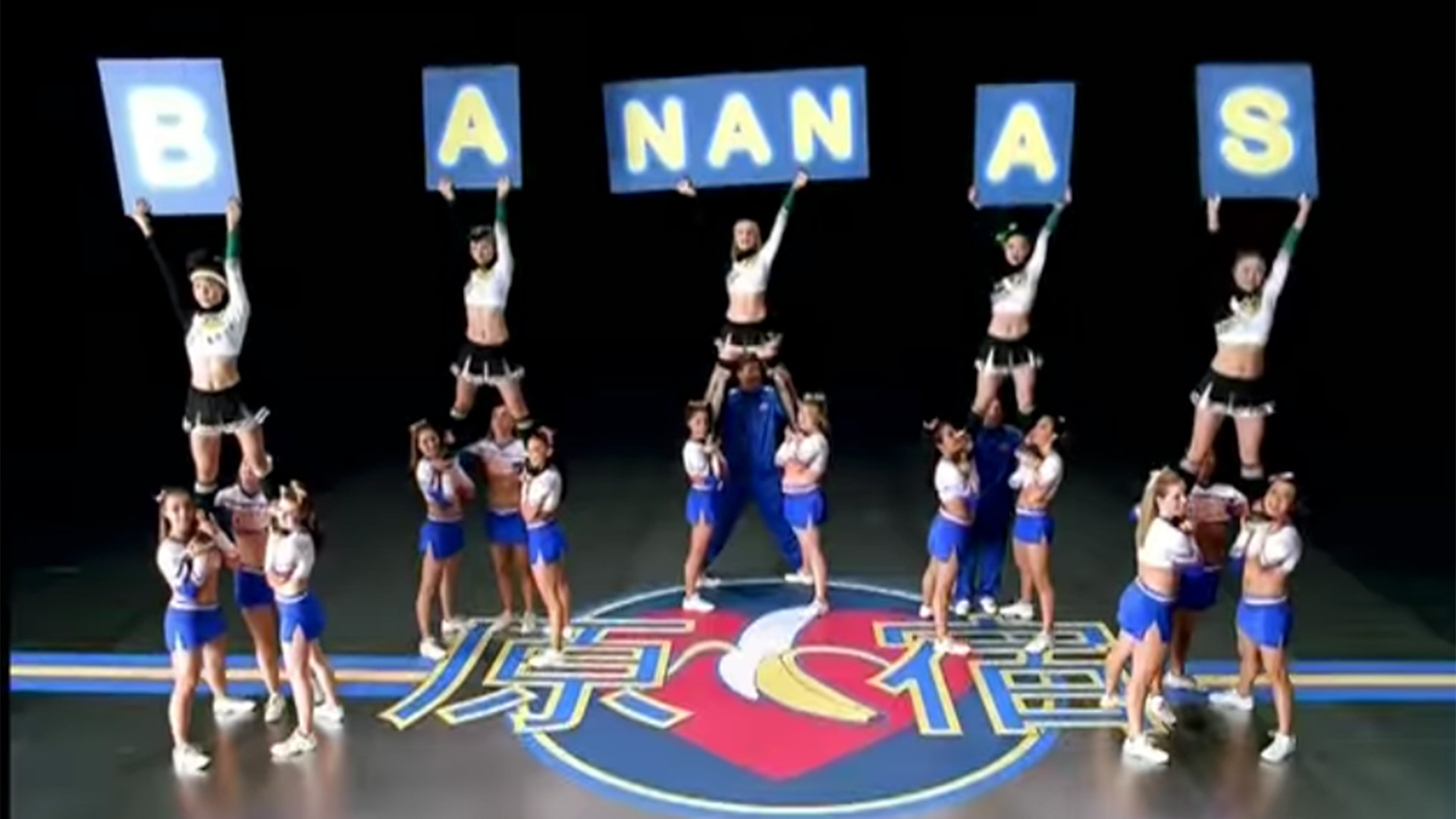 In 2004, Stefani released her first solo album, “Love.Angel.Music.Baby,” to critical and popular success. Stefani wrote the lyrics to “Hollaback Girl” in response to a disparaging remark from Courtney Love. Love told Seventeen magazine, “Being famous is just like being in high school. But I’m not interested in being the cheerleader. I’m not interested in being Gwen Stefani. She’s the cheerleader, and I’m out in the smoker shed.”

Stefani was not pleased with the characterization. She decided to pen her track to let everyone, including Love, know loud and clear that she “ain’t no hollaback girl.” In her music video, she playfully mocks Love’s diss by performing with the Harajuku Girls in cheerleading uniforms. By the summer of 2005, It was nearly impossible to find anyone who wasn’t chanting the phrase, “this s#!@ is bananas.”

Since “Hollaback Girl,” Stefani released other solo albums, including “The Sweet Escape” (2006) and “This Is What The Truth Feels Like” (2016). She also reunited with No Doubt in 2012 and was a judge on NBC’s “The Voice.”