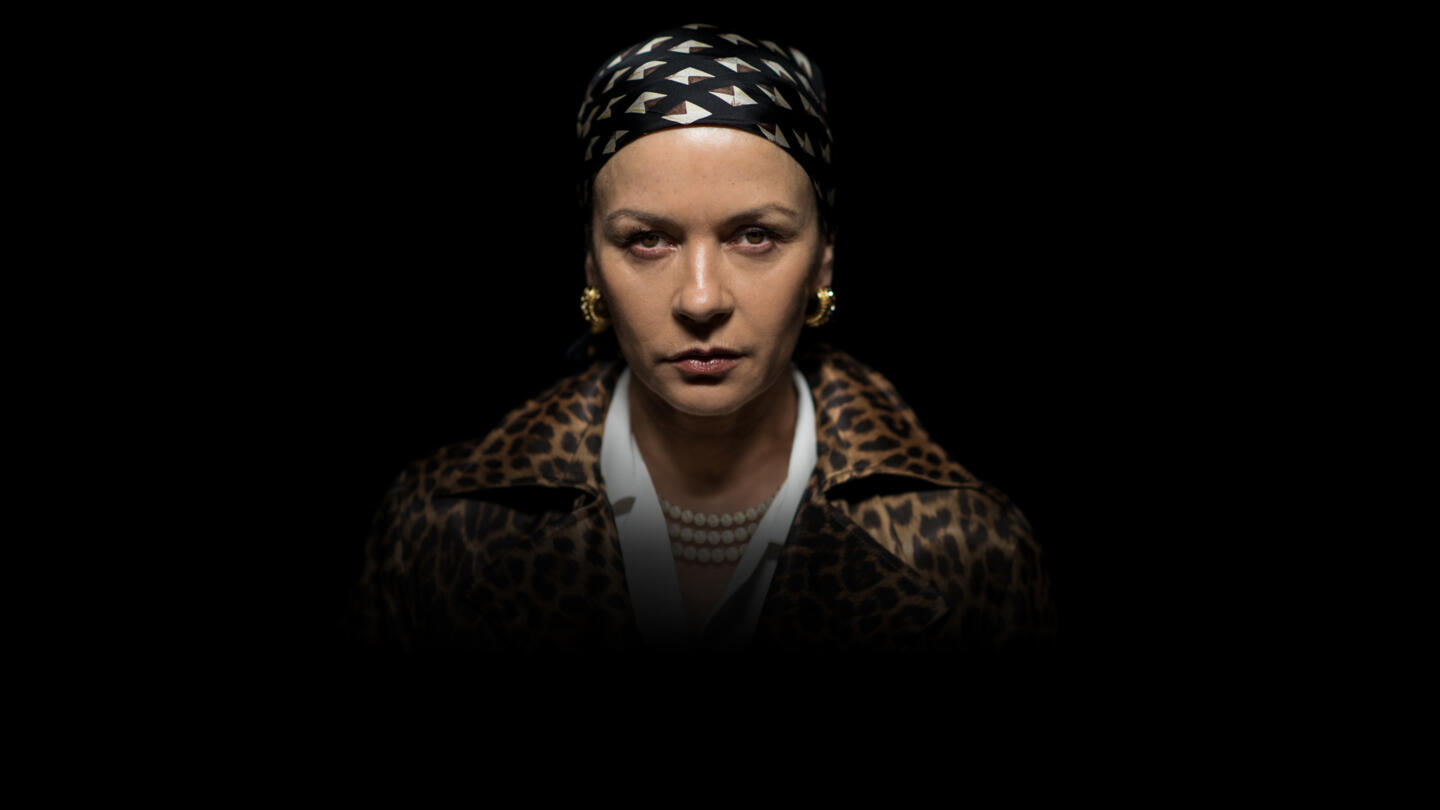 Academy Award and Tony Award-winning actress Catherine Zeta-Jones stars in “Cocaine Godmother: The Griselda Blanco Story,” a Lifetime feature based on the life of drug lord Griselda Blanco, a pioneer in the Miami-based cocaine trade. At the age of 17, Griselda Blanco, made her way to the U.S. with a fake passport with her first husband Carlos (Carlos Rodriguez). Living in Queens with her three sons (Dixon, Matteo Stefan; Osvaldo, Spencer Borgeson; Uber, Jose Julian), Griselda became enticed by the money the drug world offered, and quickly became embroiled with local drug runners. Griselda masterminded the use of beautiful women, the elderly and children as the mules and created false-bottom suitcases to smuggle cocaine from Colombia. With money rolling in, her sons abandoned school and entered the family business instead. A move to Miami would further expand Griselda’s empire, and lead to the death of her second husband Alberto (Juan Pablo Espinosa), giving the rise to her nickname, The Black Widow. Her willingness to use violence against her Miami competitors, led her rivals to make repeated unsuccessful attempts to kill her. In order to protect her youngest son with third husband Dario (Raul Mendez), Griselda moved to California where she was later arrested by the DEA and sentenced to a decade in jail. The case against her collapsed and upon her release, she was deported to Colombia, where she was ultimately gunned down in 2012. In her lifetime, Griselda’s drug distribution network spanned across the United States and she was suspected of ordering over 200 murders. Also stars Jenny Pellicer as Carolina, Alejandro Edda as Rudy, Jonah Stark as young Dixon, Jaden Rain as young Osvaldo, Dagan Nish as Michael, Lauren Guci as young Michael, Warren Christie as Jimmy and Darcy Laurie as Pablo Escobar.